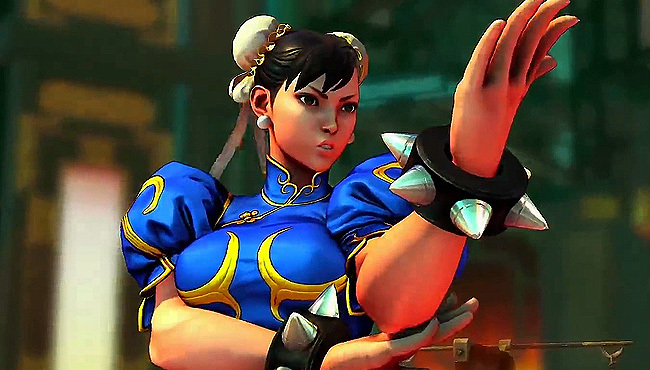 Street Fighter V was on show at E3 this week allowing gamers to get a look at some live streaming action.

One thing people noticed was that not only are Chun-Li’s boobs substantially bigger than they were in the previous games — she’s also gone braless from the looks of things.

(Hit play on image below) 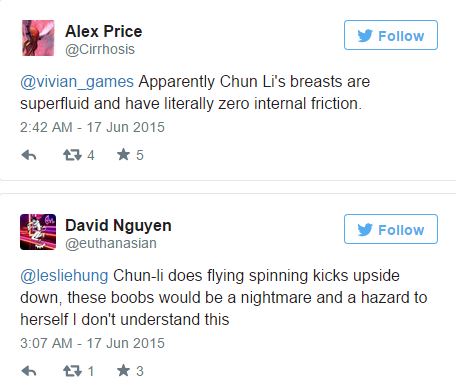 That’s got to be on purpose right? Apparently not according to Capcom:

The whole Chun-Li jiggle thing is a glitch that only happens on the second player side of the E3 build and it will be fixed.

This Is Undoubtedly The Most Violent Video Game Of All Time