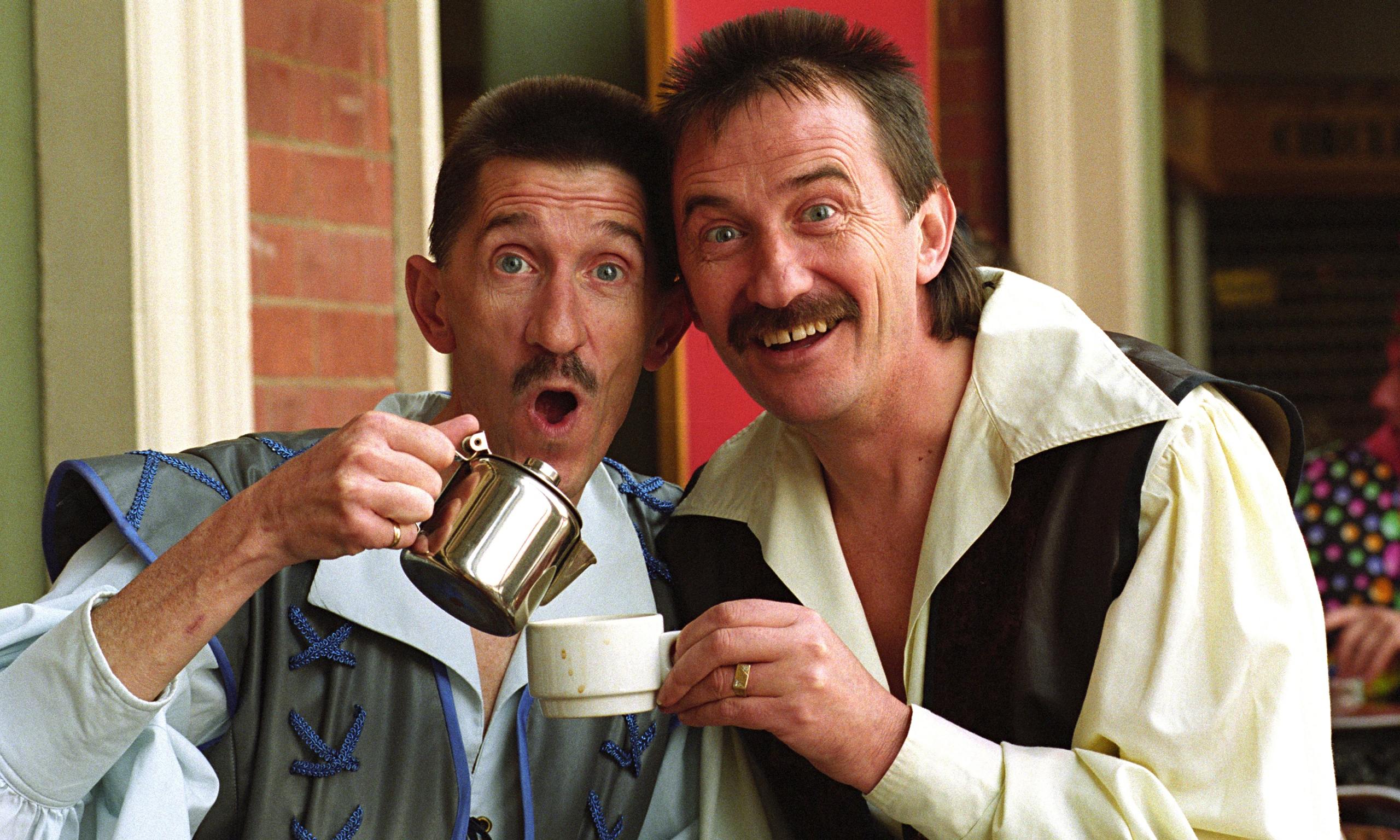 Barry Elliott AKA one of the Chuckle Brothers came under fire recently after he shared a Britain First Facebook post. Well we all know they’re good at sharing things, hey – to me, to you.

He has since denied being in support of Britain First after everyone has been accusing him of being all for the far right organisation. The original post that Barry agreed with said:

If someone leaves Britain to join a terrorist group then they should never be allowed back into the United Kingdom. Strip them of their citizenship and keep them out.

Following the share, Barry received a barrage of abuse from fellow tweeters.

In addition, the Chuckle Brother said that he only agreed with the post and not Britain First in general:

@breeallegretti It's a load of rubbish,mate! I am not,and never will be, a member of this group! I just agreed with that one comment!

Fair, but also what an absolute idiot for sharing a Britain First post regardless of its content. Obviously people are going to kick off about it. Numbnuts. I wonder if he’d be dumb enough to rock a Britain First ‘Taliban Hunting Club’ hoodie?