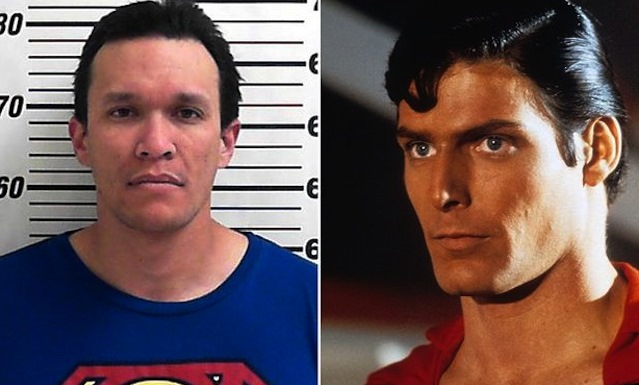 There’s no way this guy just happened to get busted with 52 grams of meth on the day he was wearing his Superman t-shirt is there? That’s just too perfect.

Bet you any money this guy’s wardrobe is filled with Superman T-shirts. There’s just no way he happened to get busted with 52 grams of meth and a baggie of spice (whatever that is) on the day he decided to wear the Superman T-shirt. It’s just too perfect to be true.

Reeves, 33, of Farmington, Utah, also faces charges of driving under the influence on top of the possession charges. 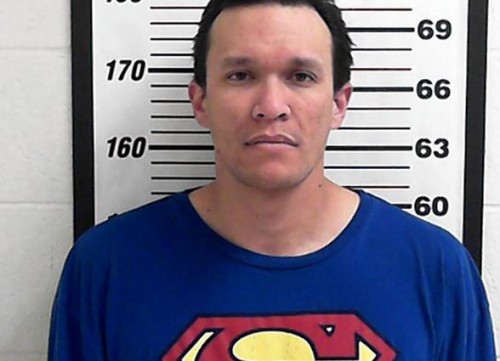 In case you didn’t know, the original Christopher Reeve, who played Superman in four Hollywood films, died in 2004 aged 52. His legacy lives on through various mentions in Eminem tracks:

â˜› More Superman: The History Of Superman In Two Minutes