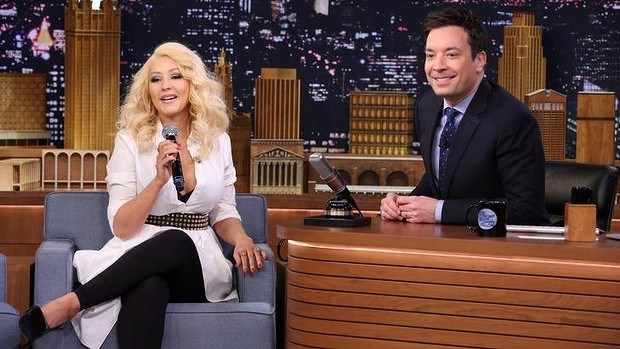 Jimmy Fallon and Jimmy Kimmel both show up on the Internet so much that I’ve finally just got round to telling them apart. Both always seem to be bringing the viral goods on their shows over in America and the latest one (from Fallon) involves Christina Aguilera doing Britney Spears better than Britney does:

That’s got to wind Britney Spears right up, hasn’t it? Probably shaved her head and smashed her TV to pieces as soon as she realised what was going down. It’s common knowledge that Christina Aguilera and Britney Spears hate each other’s guts (not sure if that’s actually the case but it seems like something that’s true so let’s roll with it). While Britney has sold more records and made more money than Christina, guess who’s won more Grammys? That’s right – the better voice.

Click over to the next page for an awesome bit of photo nostalgia from both of the girls: