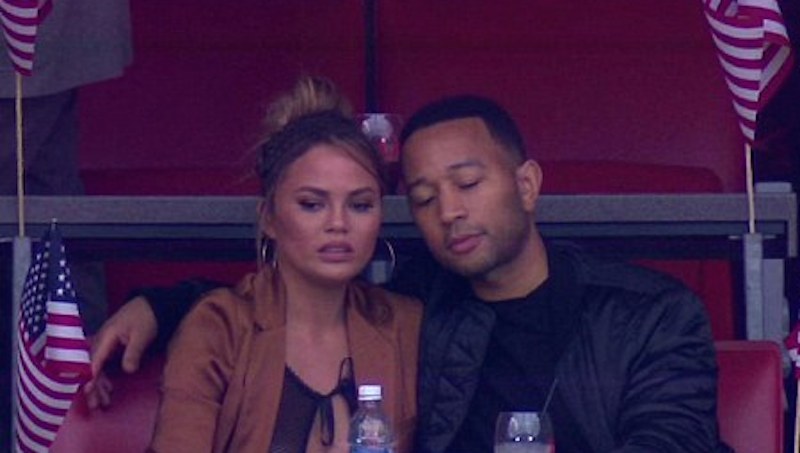 For most regular people, accidentally flashing your nipple during the Super Bowl would be an embarrassing moment that is best kept on the down low. For supermodel Chrissy Teigen however, it’s an opportunity to promote her assets.

After suffering a wardrobe malfunction, the model’s nipple could be seen through a mesh top. This was broadcasted on live TV, but rather than shy away or pretend like it didn’t happen, Chrissy decided to retweet it. Just in case anyone missed it the first time round:

Fair play. Once again Chrissy proves herself to be the most badass supermodel going.

She even managed to pull of the most embarrassing wardrobe malfunction possible for a woman. Zero. Fucks. Given.