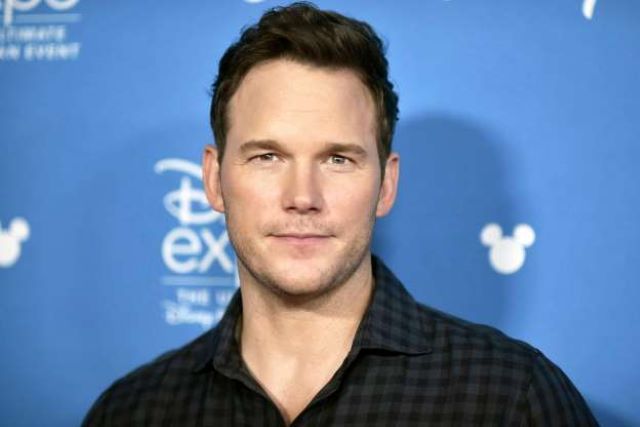 There’s been a running joke in the States about how no one can tell the difference between actors Chris Pine, Chris Pratt, Chris Evans and Chris Hemsworth, and this ultimately led to the ‘Chris Rankings’ of 2020 where people are encouraged to rank the Chris’s from best to worst.

One has to go. pic.twitter.com/HUWnbQOA43

Being a Conservative who likes to go to church, Chris Pratt always finds himself at the bottom of that list. Whatever – no one’s taking it too seriously, right? Except every time it comes up the Twitter mob attacks Chris Pratt over his religious and political beliefs.

Pratt seems too nice a guy to care, but his family have come out this week to stick up for him and talk about how mean and unfair the Chris Rankings are. His brother-in-law Patrick Schwarzenegger (yep, Arnie’s son) told Vanity Fair:

It’s crazy. Twitter is a junkyard, right? I mean, every day there’s something. People are calling out this person or that person, or let’s get mad at this person. People are so focused on putting other people down to make themselves feel better. It’s sad, honestly.

He added that while Pratt is “pretty strong-boned” and doesn’t “think anything hits him deep down”, he still checks in on him:

I messaged him, and just mostly was like, ‘I hope you’re not taking this seriously.’ I don’t really know what else to say.

I think he can learn a thing or two from my dad or my mom. My dad was always adamant about not letting anybody else’s opinions mess with his drive or where he wanted to go. No matter what you’re doing in life, there’s are always going be people hating on you and wanting you to fail.

As if Chris Pratt’s brother-in-law publicly talking about comforting him wasn’t embarrassing enough, his wife Katherine Schwarzenegger/Pratt also came to the rescue: 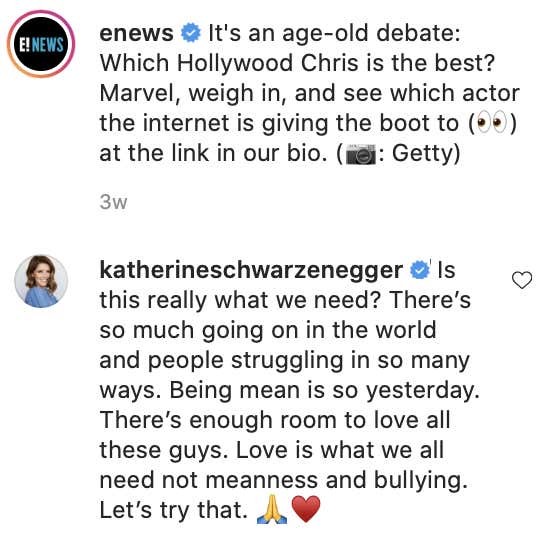 I don’t know that there’s anything more futile than asking social media to tone down the ‘meanness and bullying’, but hey, at least she tried. To be fair all four Chris’s seem like pretty solid dudes and so maybe Pratt’s family is taking this a bit too seriously. I mean there’s nothing wrong with being the least popular of a popular bunch, right?

End of the day though, Twitter is not real life and that’s why Chris Pratt continues to get massive roles in Hollywood despite being the least popular Chris on social media. Chin up, geezer!

For the Marvel cast members who also rushed to defend Chris against internet criticism, click HERE. Seems they still love him over in Hollywood.