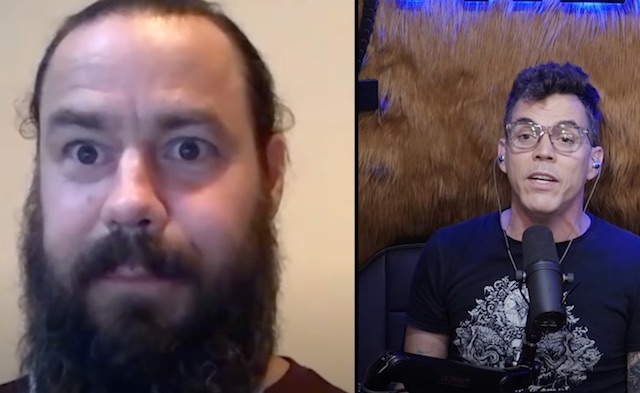 It’s well known that the ‘Jackass’ crew were pretty wild during the height of their fame back at the turn of the millennium, so it’s always great to hear another ridiculous story from that era.

This time it’s the turn of Chris Pontius and Steve-O to recount a new tale from back in the day where the pair found themselves in Miami after they had been tasked with presenting an award. It wasn’t too long before they found some blow and ended up going absolutely crazy, with Chris Pontius ending up sleeping naked on top of an SUV before getting pepper sprayed by the cops and sent to a mental institution.

I’ll let the pair of them fill you in on this because it really is all about the way you tell them here:

That is such a stupid story. Why the hell would anyone end up sleeping naked on an SUV after a wild night on the drinks and drugs? Nobody in their right mind ends up doing that, but I guess that’s why they’re the ‘Jackass crew’ and we’re just normal people hey. They’re on the next level.

For more of the same, check out why Bam Margera was kicked off the production of ‘Jackass 4’. Pretty sad story.