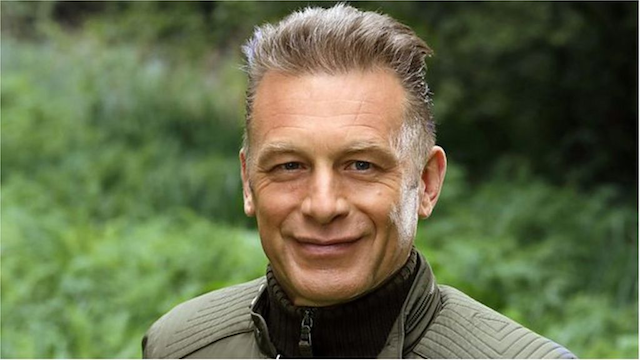 I think everyone knows that Chris Packham is synonymous with nature and is pretty weird about how much he loves it, but I’m not sure if any of us pegged him for a guy that enjoyed making out with animals.

Turns out that this is exactly what is he though, after he gleefully recounted a story about how he used to get off with his pet fox after he hid food behind his tongue to tease it during a segment last night on Autumnwatch. It’s probably best if you just go into watching this with solely that information because I don’t think anything could prepare you for the twists and turns that this is going to take:

Wow. When I was first watching it I thought it was getting a bit sexual when Packham was talking about the fox ‘licking out’ the milk with its tongue, but I figured this was more a ‘Bake Off’ kind of innuendo and I didn’t think he was going to segue into a story about him kissing one when he was a kid and then finish it off with comparing how a fox kisses to how a dog kisses. Is that really the kind of content that people who watch shows like Autumnwatch want to see? Seems more suited to a show that would be broadcasting on Channel 4 on a Monday at 10pm.

You often think about whether or not these weird anecdotes from presenters on TV shows are real or just scripted in to make the clips go viral or whatever, but I genuinely think that Packham just went off on one here and loved making out with that fox, probably jerks off over it all the time and was desperate to tell people about the experience. Seems like that kind of guy and the other presenter seems genuinely cringed out and desperate to move on, whereas he’s still buzzing that everyone knows that he made out with a fox once. Such a peculiar character.

For more of the same, check out this story about British tourists travelling to Serbia to have sex with animals in illegal brothels. Maybe Chris Packham was involved.