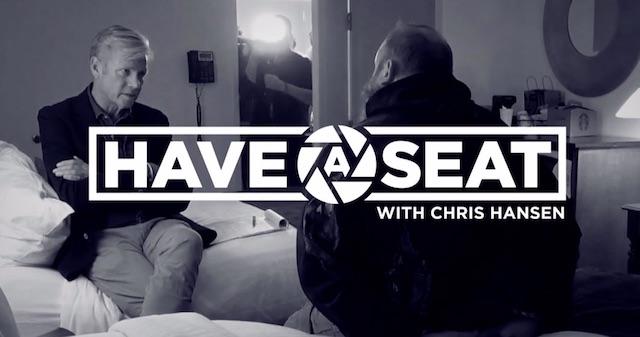 With the advent of YouTube and social media, a whole host of vigilante paedophile catching groups have sprung up all over the place so it’s hardly that big an event when a new video of one of them getting caught comes out, but it IS big news when the OG Chris Hansen returns to the game.

It’s easy to forget that Chris Hansen was the first person to ever start doing this with his shockingly watchable and often horrifically hilarious ‘Dateline: To Catch A Predator’, but at the time the show was so notorious that it achieved the ultimate accolade in pop culture: having a ‘South Park’ episode parody it. Anyway, I don’t know what Chris Hansen has been doing for the last ten years but it turns out he just premiered a new version of his show on YouTube called ‘Have A Seat With Chris Hansen’ – you can see the first two episodes up now:

Damn. I mean it’s not like he’s reinventing the wheel with anything he’s doing here, but it’s Chris Hansen and the way that he comes in and just interviews the paedophiles after they’ve been caught with his stupid voice and line of questioning won’t ever get old.

It really is completely different to how the new blood are doing it these days and Hansen is proving that he’s still the best in the business with these videos. Kinda makes you wonder why he went off the air and hasn’t been around for a decade. What the hell has been doing in the interim?

For more of the same, check out when Chris Hansen was arrested last year. The tables really turned that time.