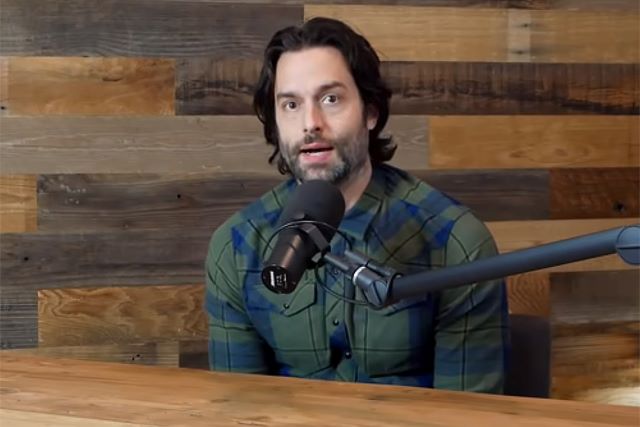 Chris D’Elia is back 8 months after sexual misconduct accusations.

Comedian Chris D’Elia has spent about 8 months in hiding since he was hit with allegations of sexual misconduct; first grooming underage girls and then accused of exposing himself to at least three different women.

Well it looks like he’s finally returned to the public eye, and he did so by speaking out for the first time about the drama that had him sitting out the majority of 2020:

So to summarise – he blames the whole thing on being a ‘sex addict’ and how easy it was for him to get girls as a celebrity, and that he’s glad he got caught because now he can ‘get help’ and doesn’t have to lie to anyone anymore. He does claim that none of his relationships were illegal and hints that the media isn’t really telling the full story, but he doesn’t even bring up any of the allegations of grooming, which you’d think is the only issue anyone cares about.

Instead, he talks about being a sex addict and cheating on his girlfriends which again, I don’t think anyone cares about. It’s the grooming underage girls part that was the problem. He does insist that all his relationships were legal though so it’s up to you if you want to believe him. But let’s not forget there definitely WERE DMs leaked that appear to show D’Elia chatting up girls who were under 18, or that started underage and continued until the girls were 18 and could legally consent. So while maybe he didn’t have sex with any of them, there’s still the issue of him inappropriately interacting with a load of young girls.

Amazingly, he left his YouTube comments open and the reaction was… overwhelmingly positive? 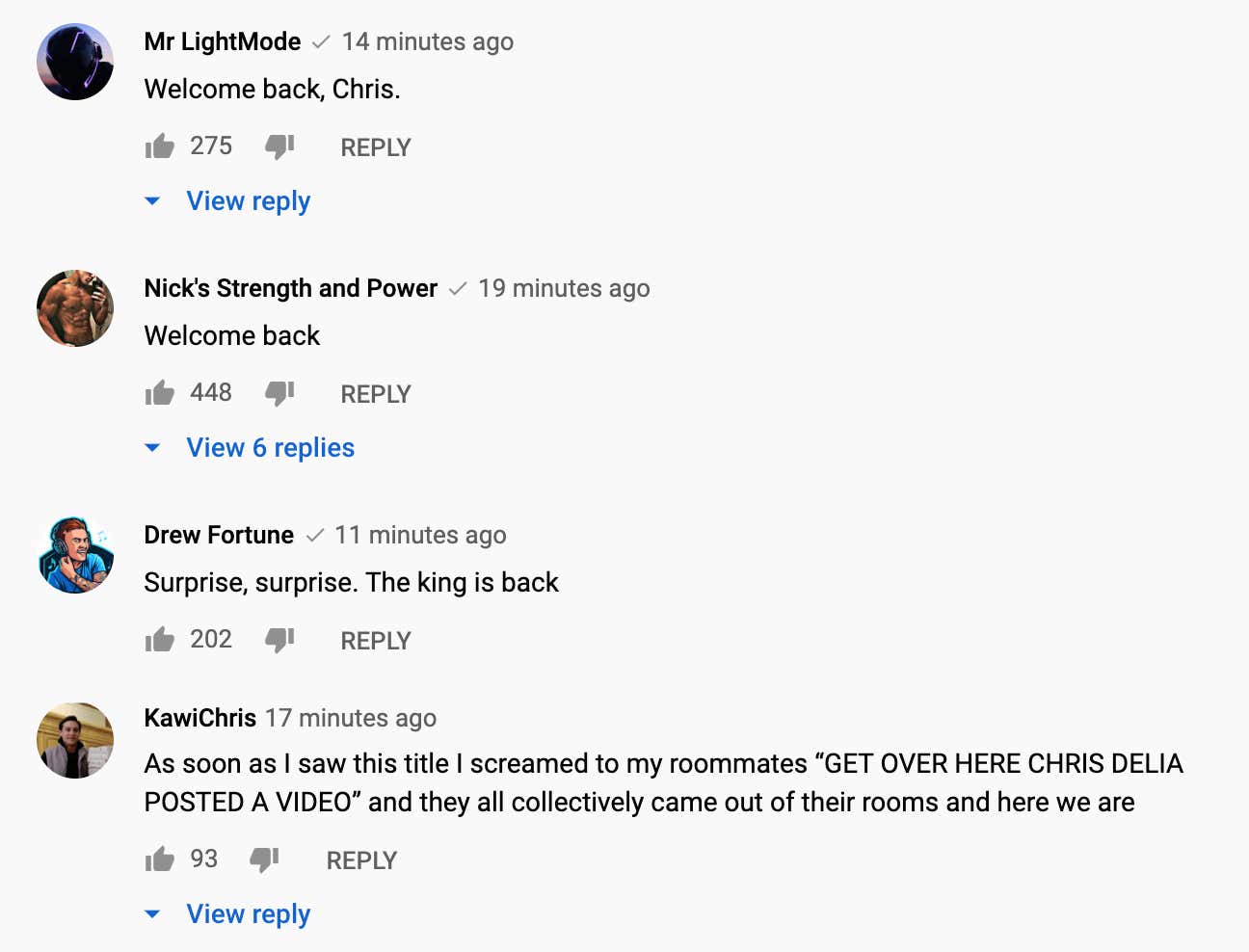 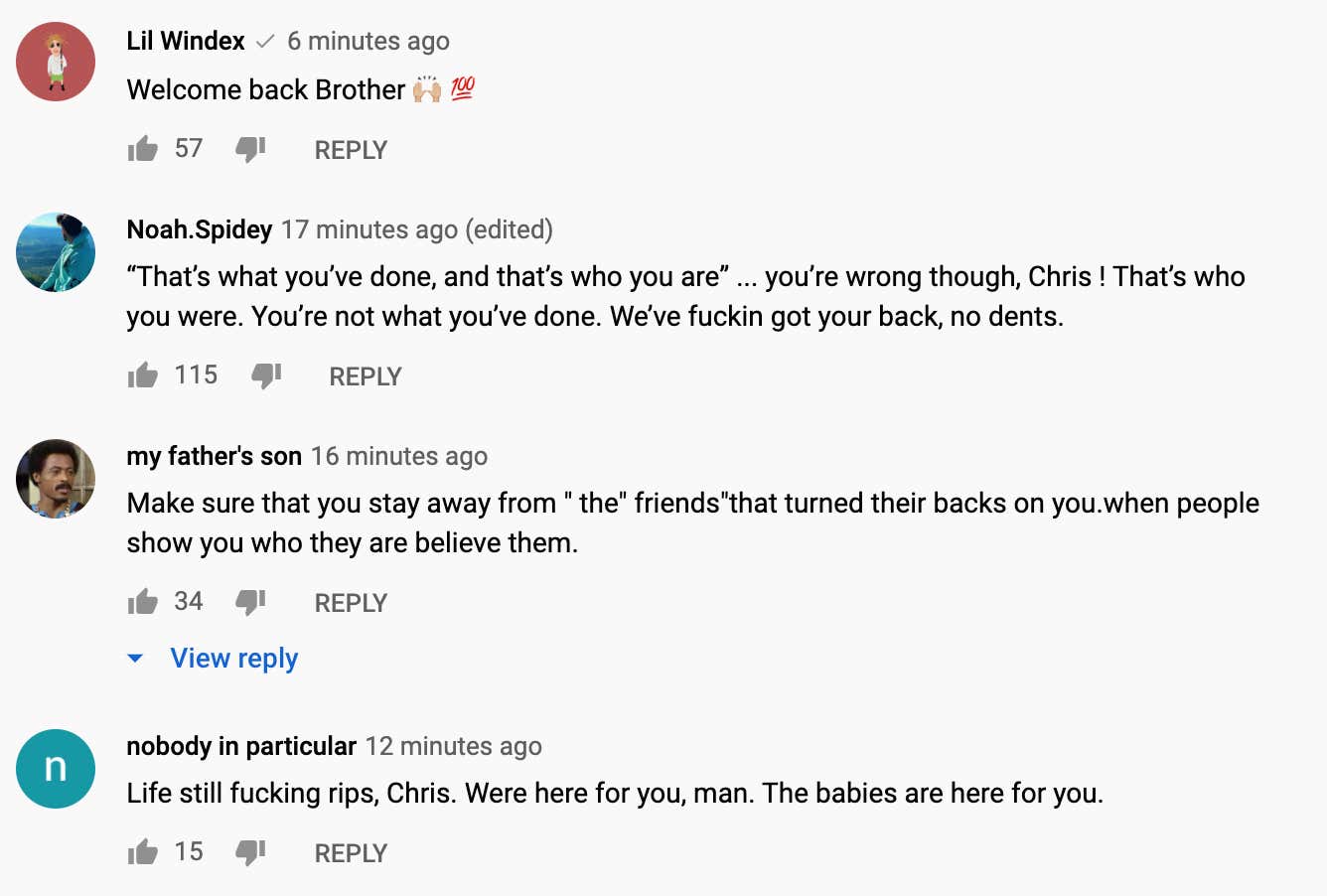 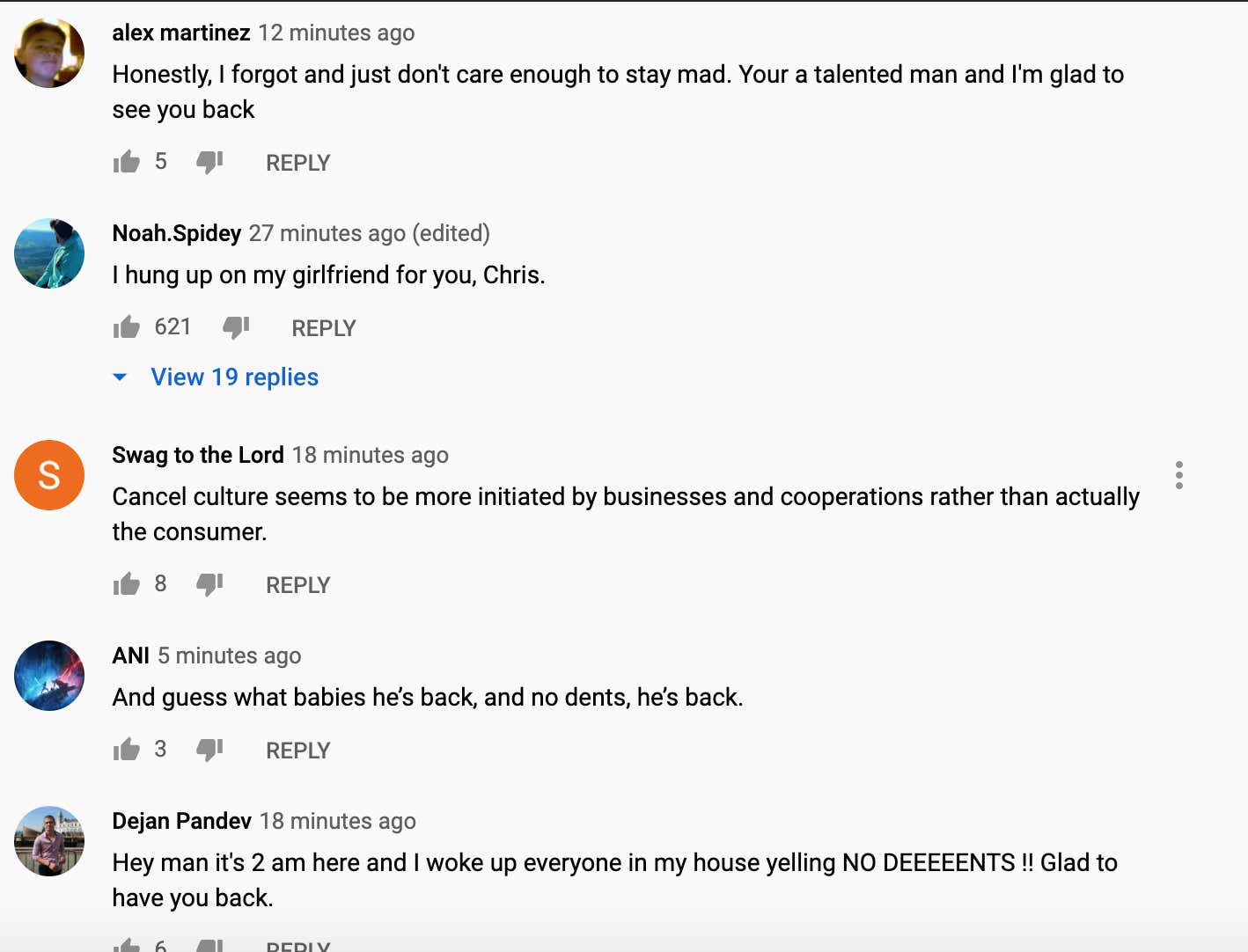 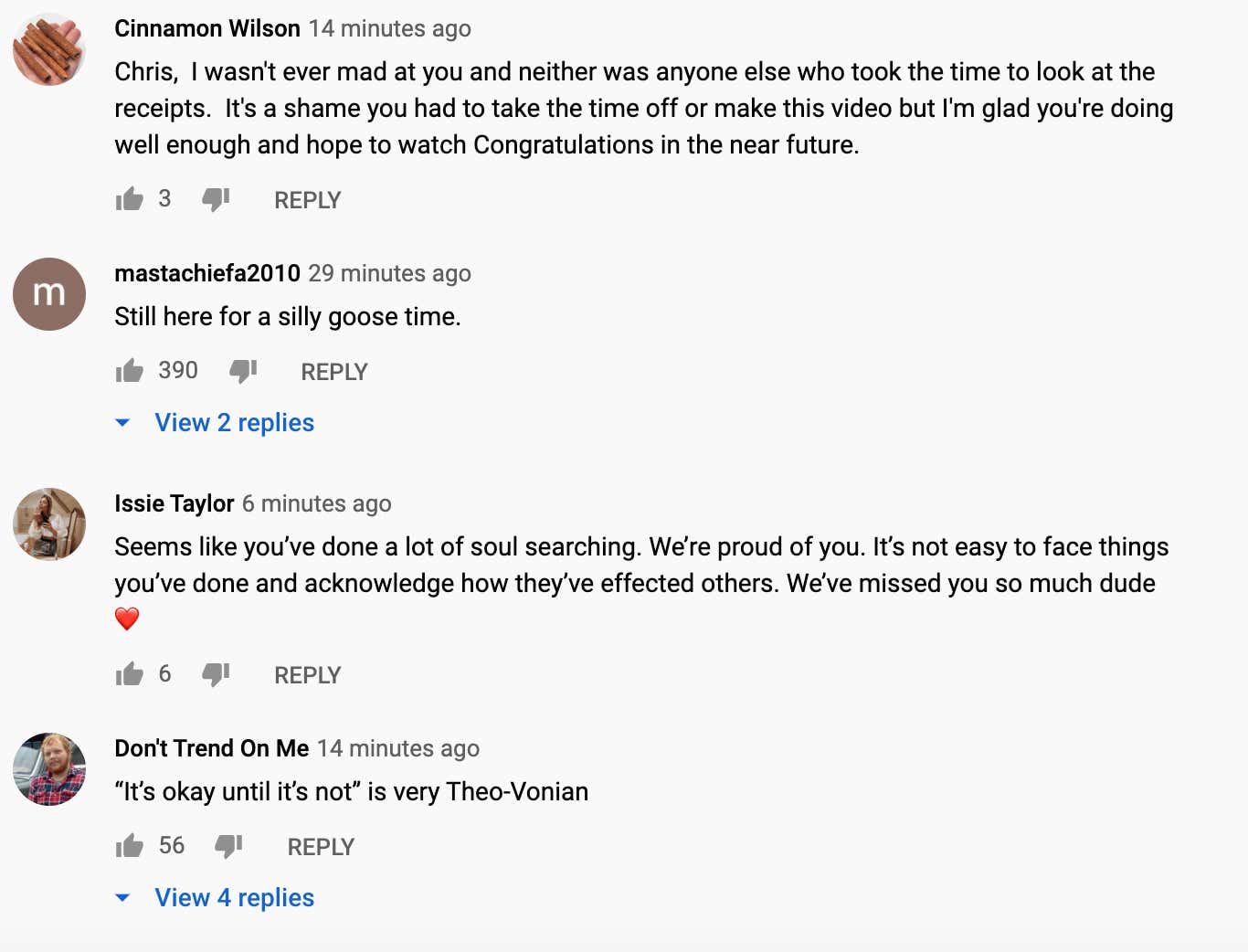 Who knew the internet could be such a forgiving place? I mean I know the YouTube comment section doesn’t speak for everyone but still. Most careers would have been ended by what D’Elia is accused of but here he is less than 12 months later looking like he’s shaping up to re-enter the fold. Even the Like/Dislike ratio is very strongly in his favour:

I guess we’ll have to wait and see if the rest of the internet is ready to welcome him back.

Never forget – the moment a stunned Chris D’Elia discovered that Snapchats can be saved:

It was all downhill from there.

For a closer look at Chris D’Elia and his interactions with these girls, click HERE.