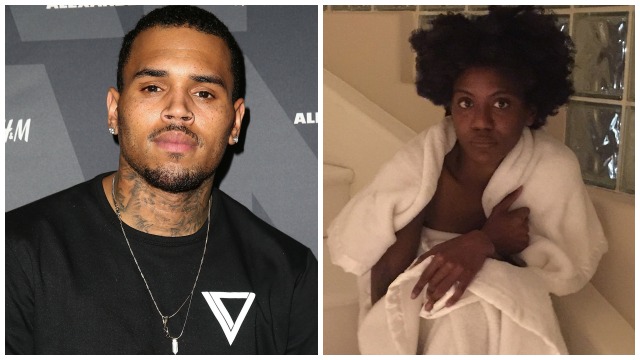 I think it’s fair to say Chris Brown has a stalker after he returned home from Las Vegas to find a naked woman (later identified as Amira Kodcia Ayeb) waiting for him in his bed. Apparently she’d broken in and had been living there for 2 days, and had even cooked herself several meals like it was no big deal.

Instead of running for his life, Chris took a photo of her and uploaded it to Instagram alongside a caption explaining what happened: 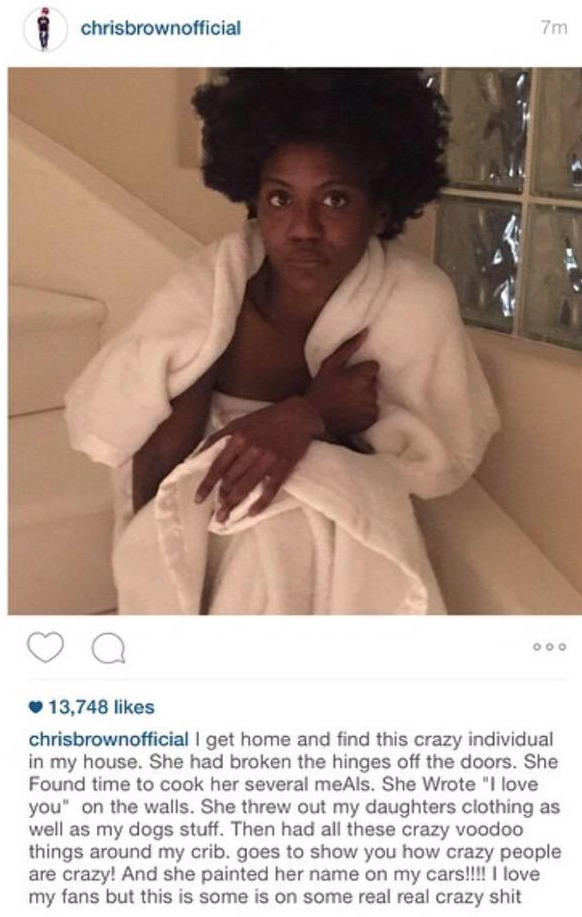 OK, so being followed around everywhere is scary enough, but when someone moves into your house, breaks things, cooks meals, writes on the walls and throws out your daughter’s and dog’s toys then that’s a whole different level on the stalker scale. Not to mention the voodoo thing which is so terrifying I’m worried I just got cursed for writing about it.

Amira is now being held on $50,000 bail — I guess we can be glad Chris didn’t beat the crap out of her like he did to the last girl who crossed him.