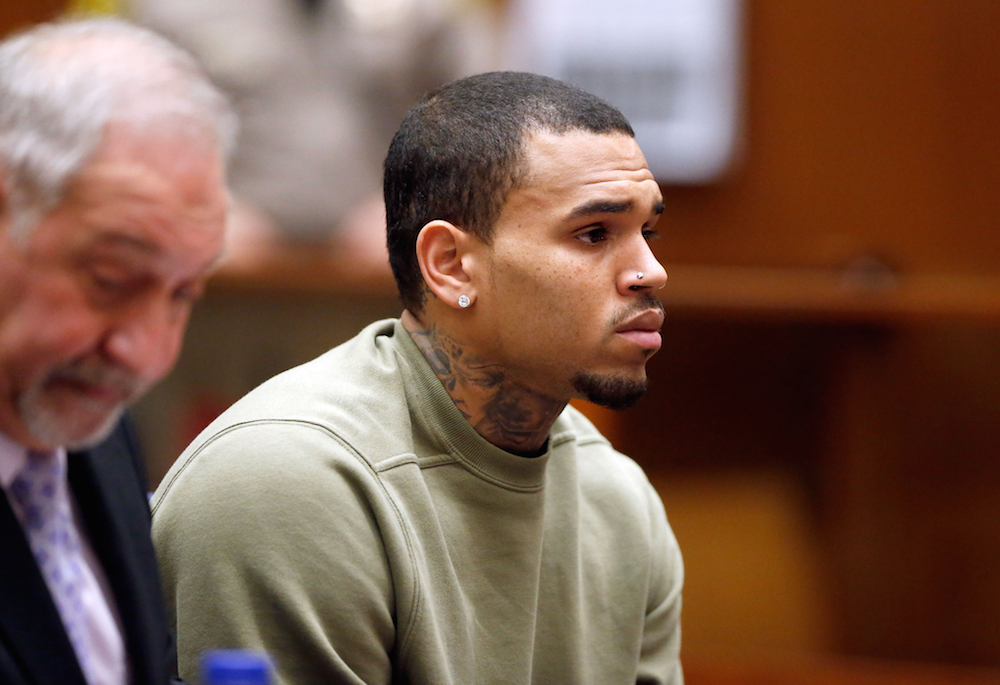 Following the nightclub shooting he was present at over the weekend, Chris Brown checked in with his probation officer – and it didn’t look good.

Chris Brown checked in with his probation officer this week to see how his probation was going – and the feedback was overwhelmingly negative and his probation was revoked, which means he might be heading to prison. I’m sure a number of people reading this site will be happy about that, going by the number of ‘it would have been great if he had got shot’ comments that we received on the article we published on Monday about Chris performing at a nightclub in San Jose where five people were shot over the weekend. To be honest he should probably still be in jail given how he left Rihanna’s face looking.

His probation officer brought up the shooting last weekend in the meeting, and also highlighted another incident in a nightclub Brown had been performing in where a whole bunch of people got shot in the summer, including Suge Knight. The officer explained that ‘there is concern that when Chris performs or attends at some of his public events, people will get shot or seriously injured’, although the judge did recognise that Chris himself had nothing to do with either of these shootings. That didn’t stop Chris looking hella worried during the hearing though. 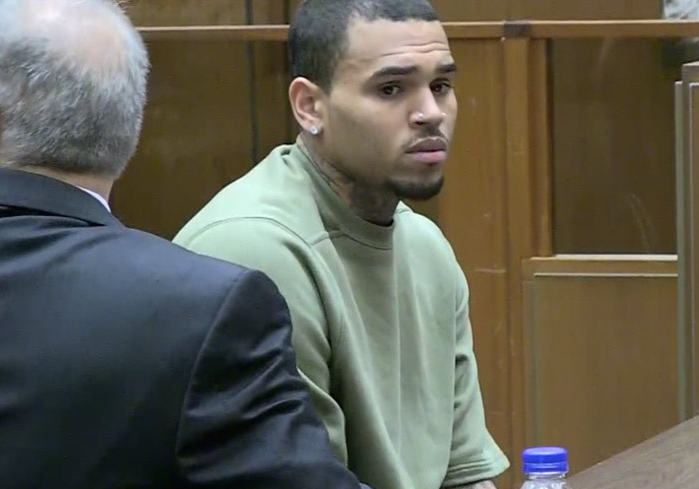 However, there are a whole lot more serious incidents during his probation that the officer highlighted to the judge, which is why they’re championing sending him back to prison for an extended stay: firstly Chris has been arrested twice, once for assault in Washington D.C. and once for throwing rocks at his mum’s car when he was in rehab. Secondly, he didn’t receive permission from the court to travel to San Jose for his performance there over the weekend which is a parole violation and thirdly he was heard talking about knives and guns during a rehab meeting.

His probation officer feels like Chris is focussing more on his career than rehab or community service and also that he’s got a ‘pattern of making choices that are counterproductive’. The judge will hear a formal case against Chris over these ‘willing’ parole violations on March 20th and the offences come with jail time, so if he’s found guilty he will serve a decent stretch in jail – something like four years possibly, which is way more than the three weeks he previously served. Oh well – do the crime, you do the time.