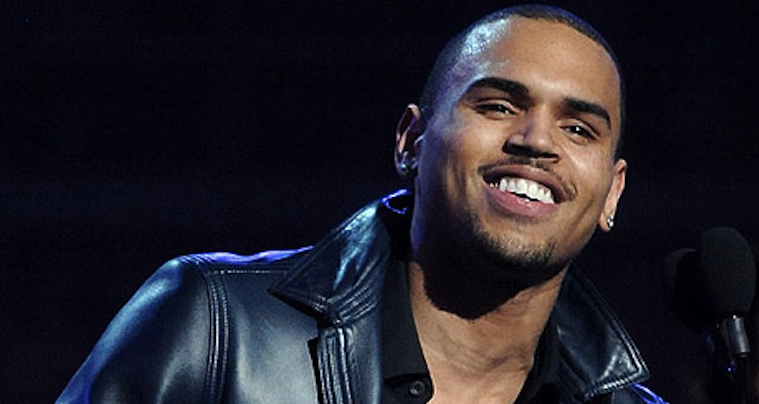 Of course he fvcking did, it’s Chris Brown! He wasn’t gonna dress up as Mickey Mouse was he?

Ok so I know I did this post earlier today about celebrities wearing halloween costumes and that I had included all of them in it, but I mean I obviosly hadn’t, there’s no way I was gonna sit and copy and paste pictures of every single celebrity in their respective Halloween costumes into a Sick Chirpse post, that’s just stupid. But I did miss one notable Halloween costume but it kinda deserves it’s own post because it was that prick Chris Brown doing what he does best, being a prick. Not beating up women, although he is pretty good at that, but just being a prick generally.

â˜› More: What If Jennifer Aniston And Other Famous Celebrities Were Fat And Ugly?

If you’re not sold on how much of a prick Chris Brown is then check out how he got a tattoo of Rihanna’s beaten face on his neck and tell me that that isn’t the action of a complete moron. Sure, he denied it was her and was someone else but come on guy, the world isn’t fvcking stupid. Anyway, onto his Halloween costume. Surprisingly he didn’t dress up as a beaten up version of Rihanna but he instead chose to dress up as a stereotypical Islamic terrorist.

And got all his buddies to dress up as terrorists too. So I guess collectively they went as a jihad. Pretty cool costume Chris Brown, and very PC. Chris Brown is in the middle of the picture by the way, wearing a fake beard and pointing a machine gun in the air. Badass. Check out the picture below (this is taken from his own instagram so you know it’s legit): 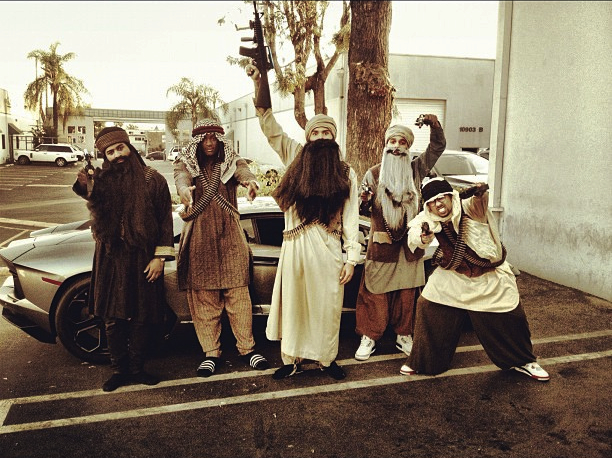 Great, that might have been kind of funny if there weren’t major riots in the Middle East only a couple of months ago because the Muslim population was offended by this stupid movie that apparently made fun of their religion. Or if America hadn’t been involved in a ‘war on terror’ since 9/11. Basically it’s just stupid.

But then Chris Brown is stupid and it kinda seems like his every move is planned out by people who are trying to find out just what the most offensive/idiotic/dumb stunt he can come up with next is. This one isn’t as good as the whole Rihanna neck tattoo thing – I doubt anything will ever top that – but it’s probably better than his Halloween costume last year which was just plain weird. Although I guess if my dick looked that big in a lycra suit I might think it was a really good idea too.

You can check out a picture of that below. Oh yeah and I promise this is my last post about Halloween costumes. For this year at least.

â˜› More: Chris Brown Is A Superhero Who Beats Up Women 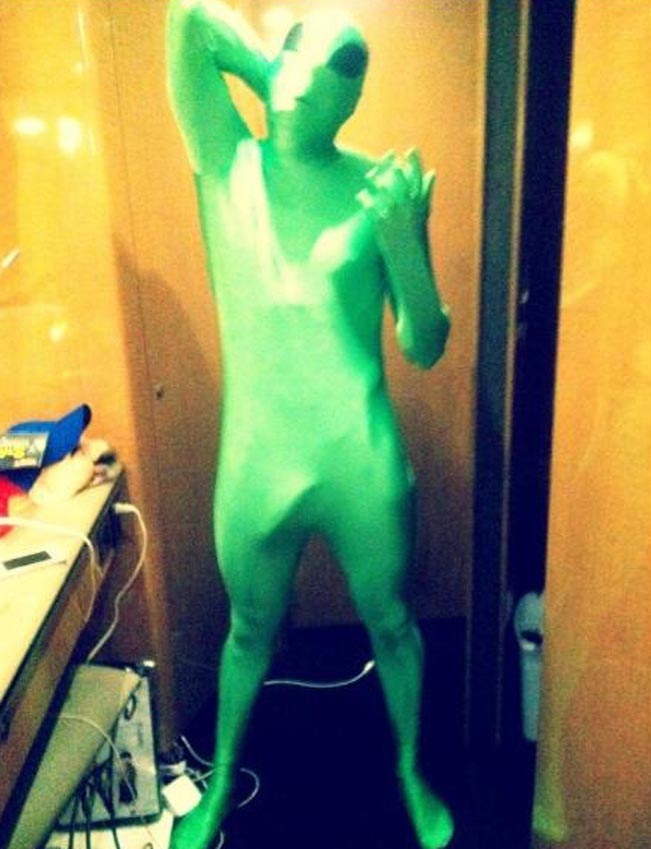