We asked the man himself a few Q’s 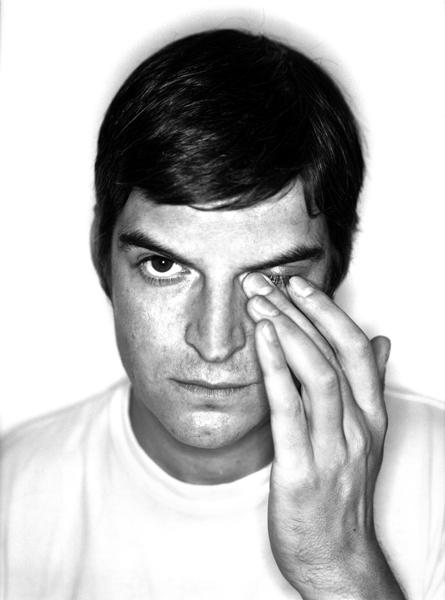 Josh Harvey, otherwise known as HervÃ©, is one of the major players in the UK underground dance scene. He has been smashing up dancefloors with his heavy electro induced productions since 2006/2007. Along with Sinden and Kid Sister, his track “Beeper” reached number 1 on the dance chart in April 2008. Since then there has been no stopping the powerhouse that is HervÃ©.

Josh has always claimed that he has never wanted to be pigeonholed under a certain genre. This is probably one of the reasons he produces under a number of different aliases and collaborations with other big name producers,  The Count of Monte Cristal, The Count (w/Sinden = The Count and Sinden),Speaker Junk/ Speaker Punks (w/ Trevor Loveys), Dead Soul Brothers (w/Seba), Voodoo Chilli, Young Lovers & Action Man to name just a few.

In 2009, he released the album Ghetto Bass on the Music Response label. It is a 2CD mix of bassline sounds, electro, dubstep & house tracks by a variety of artists, although many of the tracks are his remixes or tracks from artists on his Cheap Thrills label. In 2010, he collaborated with Fatboy Slim to produce the acid house banger ‘Machines Can Do The Work’.

One of his most interesting projects is the collaborative group of “Machines Don’t Care” with a posse of heavyweight producers including  Sinden, Trevor Loveys, Affie,  Yusef, Toddla T, Fake Blood, Detboi & Drop The Lime. One of our favorite songs by them has to be this:

We caught up with him just before his set at the Grand Hotel Launch Party and asked him a couple of questions:

What is a Sick Chirpse you would use on a Girl?

What’s the biggest crowd you’ve ever played to?

Biggest crowd I’ve ever played to? Was probably supporting the prodigy at, erm, one of those places, I can’t really remember where but it was a capacity of about 9000! I had properly wobbly legs before I went on!

Have you got any productions in the pipeline for any of your aliases?

Yeah I’m working on a HervÃ© album which I have been for the past 6 months! So that should come out in the middle of the summer!

Check the review of the Grand Hotel Launch here: http://www.sickchirpse.com/2011/02/16/review-of-grand-hotel-launch-at-xoyo/