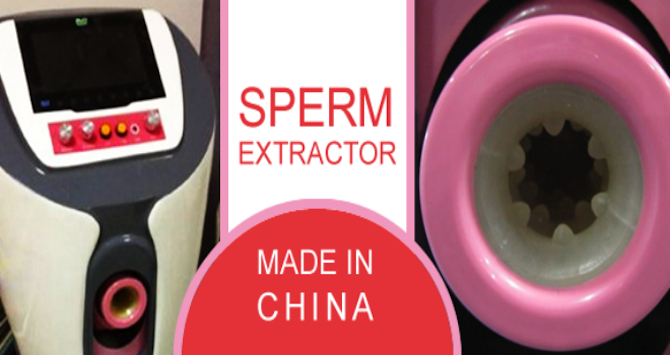 Would you trust these new Chinese sperm extracting machines?

They’ve been testing these bad boys out in China for just under a year now. They’re basically what you call ‘automatic sperm extractors’ — machines with a pink massage pipe at the front which the sperm donor can adjust for speed, frequency, amplitude and temperature. It even has a screen on top that you can watch stuff on to help you out with the whole process, lest your imagination isn’t powerful enough.

â˜› Next: Wang XianXiang Is A Chinese Man Who Likes To Lift Weights With His Eyelids 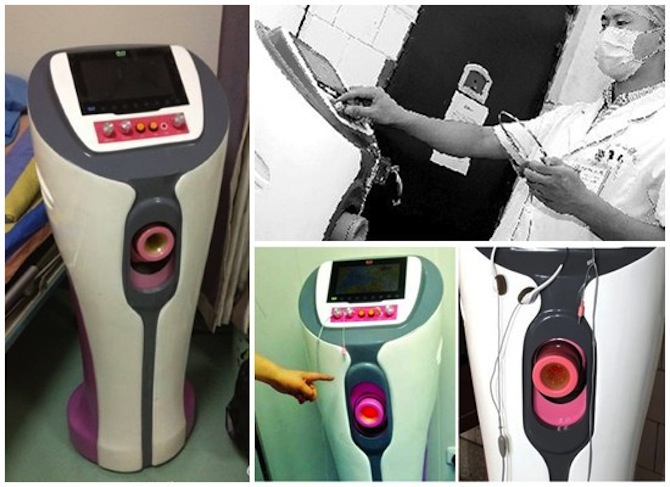 I don’t know about anyone else, but I’m a little weary of these sperm extracting machines. Just don’t really trust them. We’ve all seen iRobot and clearly not all machines are pro-human. Don’t really fancy the idea of the machine malfunctioning and shredding my dick off, so I’m going to need a few more assurances before I stick my penis inside a Chinese sperm extracting robot.

Still, round of applause for the innovation, China. We’re lucky you spend all your time trying to make women obsolete instead of focusing on world domination otherwise we’d all be in trouble.