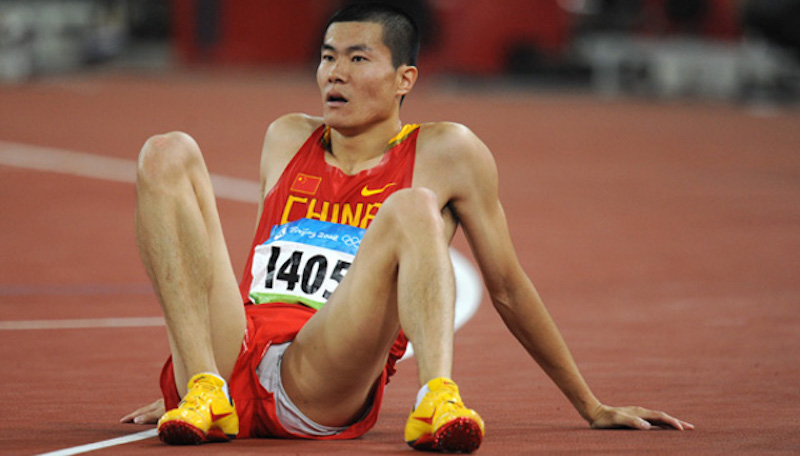 We’re only a few days away from the Opening ceremony of the 2016 Rio Olympic Games and it seems there are still a few security issues that need to be addressed (along with everything else).

Reports say Chinese 100m hurdles athlete Shi Dongpeng touched down in Rio with his cameraman and went straight to their hotel to check in. A local man stumbled up to Dongpeng and puked all over him before running away. Dongpeng went off to get cleaned up while the cameraman ran out of the hotel to try catch the drunk. When the cameraman came back a minute later, his full set of equipment was gone.

The two watched the CCTV and realised they’d been taken for absolute fools. While the cameraman chased after the ‘drunk’, his mate quickly entered the hotel and took his equipment.

When they went to the police station to file a report, they found a long queue of other people waiting to report other crimes.

Well, anyone who attends the Olympics this year can’t say these guys didn’t try to warn them. Literally every piece of news that comes out of Rio suggests a full-scale incoming disaster. Imagine being Shi Dongpeng and flying to Brazil all the way from China and then the first thing that happens to you is some bum vomits on you and robs you. He might have even got on the next flight back to China if he didn’t have to wait around and get checked for the Zika virus.

Even football legend Rivaldo is pleading with people not to travel to his country this Summer.