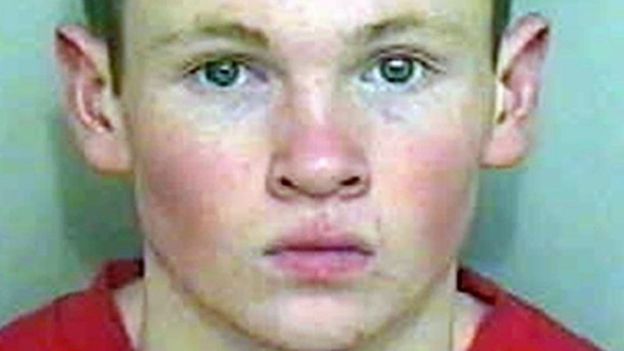 You might have heard of the case of Lewis Daynes and Breck Bednar because it’s one of the most chilling in recent history involving online grooming – 18 year old Daynes groomed 14 year old Bednar online via Call Of Duty, before eventually inviting him over to his house and stabbing him to death in 2014.

Now, Leicestershire Police have announced that they have made a short film about Breck’s death along with the support of his mother and the Breck foundation to highlight the dangers of online grooming. ‘Breck’s Last Game’ will be shown in schools all over the country, but police have made the trailer to the film available online and to be honest it’s really creepy, featuring the actual 999 call that Daynes made when he realised he had killed his friend.

This is actually rated a 15, so if you’re a bit squeamish or underage then I’m not really sure what you’re doing here, but thought I should probably mention it anyway just in case:

Yeah I mean that kinda looks like it’s gonna be an ITV2 drama doesn’t it? It is made way scarier by the fact it’s the kid’s actual voice and the way he’s acting like he hasn’t even really done anything wrong even though he’s just murdered someone. Really unnerving stuff.

Breck’s mother Lorin LaFave said the following about the film:

Breck’s story shows how easily grooming can happen. He met the predator through an online friendship group and would have been flattered to have an intelligent, older mentor helping him expand his gaming skills.

At the time, I believed the offender was older than he was because he was so controlling and manipulative, even with me, so it’s important for young people to realise not only can predators lie about their age, where they live or who they are online, they can also be a similar age to the victim. They are not always the stereotypical ‘creepy old guy’.

It’s so important for us to raise awareness of the fact that boys can be groomed too. Breck’s came after international media surrounding the Rochdale and Rotherham cases, where the victims were all girls. His version wasn’t the ‘typical’ type of grooming people had heard about in the news.  His story shows even regular school boys can make mistakes if they aren’t educated to recognise the signs of grooming and exploitation.’

I mean yeah that sadly is the world we live in today. Let’s hope that this movie does help to sort out the problem.

For more of the same, check out this 46 year old woman who groomed a 14 year old. Gross.