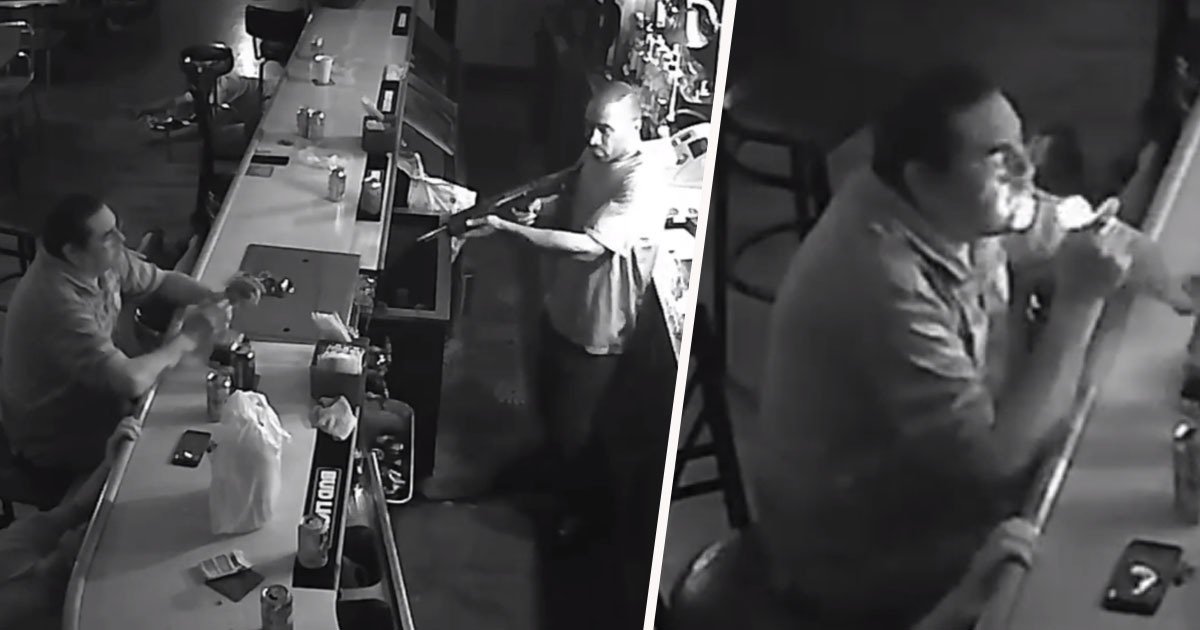 There’s chill, and then there’s this guy.

The most obvious reaction to a guy rolling up to the bar you’re sitting at with a gigantic gun would be to either run or get on the floor in the hope that they don’t shoot.

However, the dude in this video went totally against the grain when faced with this exact situation. As an armed man storms the Behrmann’s Tavern in St. Louis, instead of cowering in fear like everyone else, he sits there enjoying his beer and scrolling on his phone.

When the robber points the weapon to his torso, he’s not fazed at all – he even has a go at the guy before lighting up a cigarette.

Clearly his ‘zero fucks given’ attitude rubbed off on the guy next to him – later on in the video, as the thief’s emptying the cash register, he can be seen enjoying a cig next to Mr Chill too. Despite just having a firearm jammed into his ribcage.

Fortunately no one was hurt and not one shot was fired. But even so, is this the world’s most relaxed bar or what? Either that or this isn’t the first time an armed man has stopped by.

For more of the same, here’s a guy casually eating his pizza in the middle of a massive bar brawl. Because pizza.