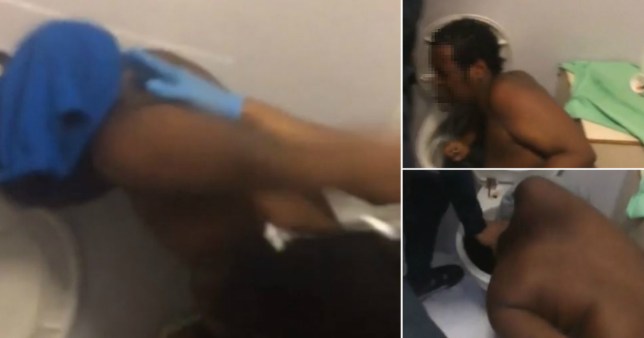 When it comes to people that rape children, I don’t think there’s a punishment that’s too severe – and that’s why you love to see stuff like the video below.

The video is taken from inside HMP Pentonville and shows a 21 year old child rapist stripped naked and beaten by other inmates, before they grab his head and shove it into a toilet bowl that seems to be full of shit from the assholes of other prisoners. Just typing about it and watching the video made me wince and turn my nose up, so imagine what it’s like for the guy in the video.

And yeah, if you think it’s too harsh a punishment then imagine what it’s gonna be like for that child every single day of their life and then reconsider your opinion. Then if you wanna watch the video you can do so below, although obviously it’s a bit brutal:

Grim, but I suppose if you’re gonna imprison a young girl in a flat in North London and rape her and then force her to perform oral sex on other guys then you’re gonna get what you deserve. Pretty easy to argue that the guy deserves way worse than this as well.

For more of the same, check out this child rapist getting his balls cut off by an angry mob. Deeserved.