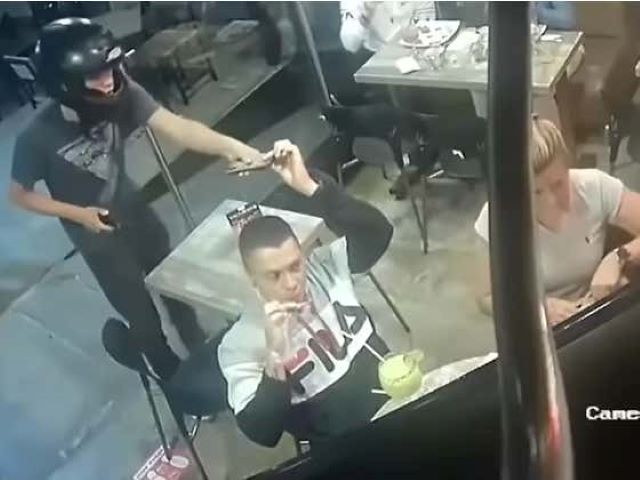 I wish someone could tell us which restaurant from which South American country this CCTV footage was taken from, because apparently the wings there are so delicious that even having a gun put to your head won’t stop you eating.

Literally zero F’s given. Again I don’t know where this restaurant is but on this evidence, I would 100% rather eat there than any other restaurant on TripAdvisor with a 5 star rating and a million good reviews. The wings here are so good that not even an armed psychopath threatening to kill you while demanding all your possessions can ruin the experience. Why would you care about being murdered when you’re already in heaven tucking into an 10/10 chicken wing anyway?

Or maybe this sort of thing is just that common in parts of south America that the average person in a FILA tracksuit doesn’t even flinch anymore? That’s possible too. But I’m sticking with the elite chicken wing theory.

To watch the sneakiest car theft of all time go down at a New Orleans petrol station, click HERE. Almost have to respect it.