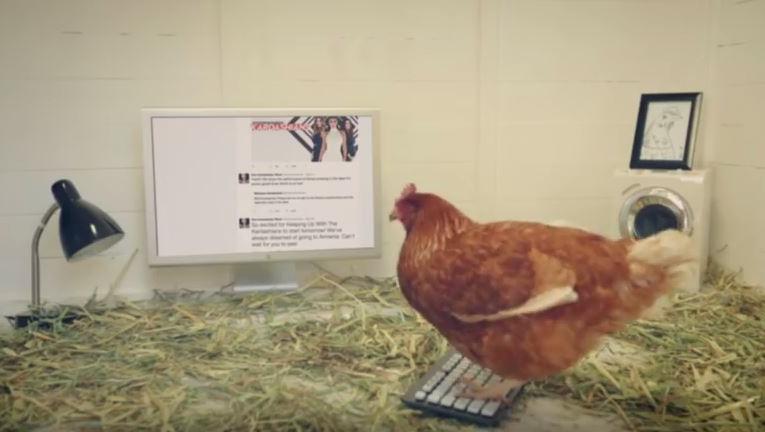 This chicken’s sending out some FIRE Tweets.

There’s an Australian restaurant chain called Chicken Treat who do their social media a little differently — they’ve literally got a chicken firing off all the Tweets.

According to the company they put a real-life chicken named ‘Betty’ in front of the keyboard and just let her do her thing. She just starts pecking at the keys and the Chicken Treat people hit ‘Tweet’ once she’s done.

Chicken Treat aren’t just doing this for the lolz however; they hope that one day Betty will become the first chicken ever to Tweet a five letter word, which would put her in the Guinness Book of Records. Nice to have things to aspire to.

So far the only word she’s actually Tweeted that makes sense is ‘bum’. So a good start then.

Here are some examples of Betty’s Tweets:

Wow, check out all those Retweets eh? What a great marketing move by the geniuses over at Chicken Treat. Not only do they have the honour of being the first company ever to have a chicken running their Twitter account, I’m presuming they don’t have to pay her either? Winning all over the place with that one.

How long before we’ve got an actual batshit crazy cat running the Sick Chirpse Twitter account? You know it’s bound to happen sooner or later.