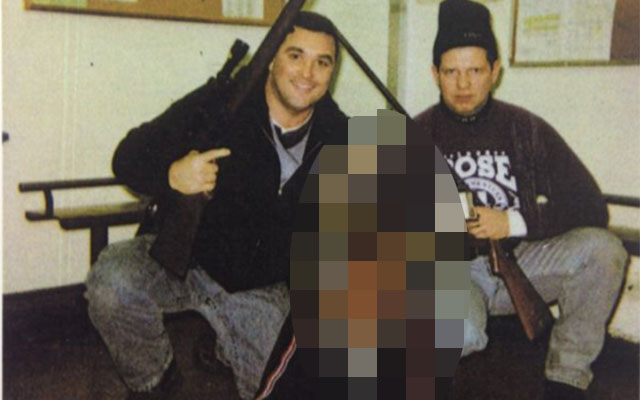 Over 10 years later, these two have been brought to justice.

Big up the Cook County, Illinois judge who refused to keep this shocking image of former Chicago police officers Timothy McDermott and Jerome Finnigan private; the two of them are pictured kneeling with an unidentified drug suspect whom they’ve stuck deer antlers on like he’s some kind of prize kill: 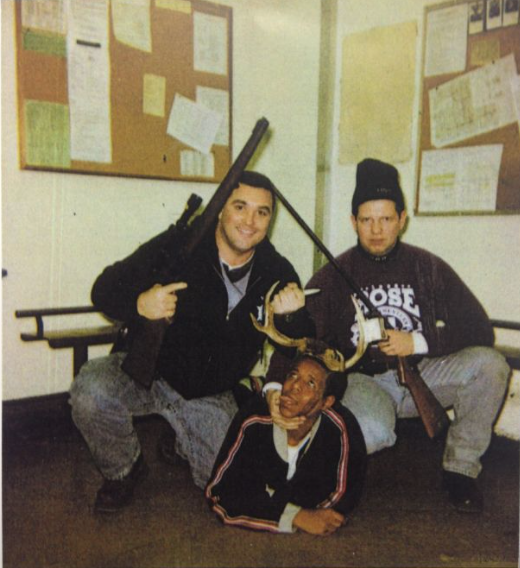 It’s believed the photo was taken at some point between 1999 and 2003, but was only uncovered by someone with a shred of decency in 2013, which resulted in McDermott being fired. The other cop, Finnigan, was jailed for 12 years in 2011 for his part in a cop-led gang responsible for a bunch of robberies. Jesus.

“I do remember an incident where I took a photo with Finnigan and it appears that this is it,” McDermott said in a transcript of the interview. “Finnigan called me over, told me to get in the picture and I sat in the picture. The photo was taken, and I went back to the business I was doing that day.”

McDermott said he could not remember when or where the photo was taken, or anything about the man with the antlers.

“I am embarrassed by my participation in this photograph,” he said. “I made a mistake as a young, impressionable police officer who was trying to fit in.”

He also recalled that they’d arrested the guy for possession of marijuana, but had let him go without charge as he didn’t have a serious criminal record.

Absolutely digusting. There’s not much else to add really so I’ll just throw this theory out there. Is there maybe a 1% chance the black dude is in on it as well? Yeah he legit got arrested, but maybe they were getting along in the holding cells and cracking jokes together and thought I’d be funny if they posed this photo together? The guy does kind of look like he’s got a Wayans-brothers comedy style face going on. Yeah, probably not. Just throwing it out there. Probably just another case of American cops being utter arseholes.