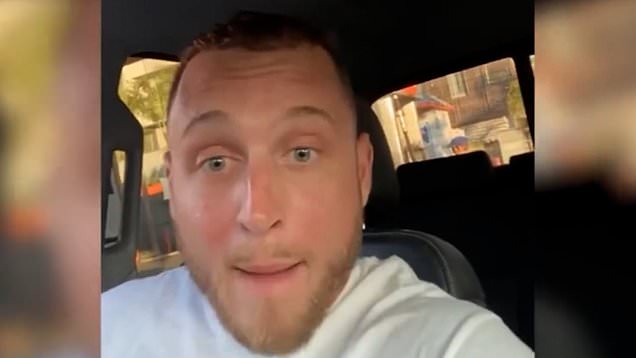 I still can’t decide where I stand on Tom Hanks’ son Chet. When he first came out as a dumb white boy rapper I thought he was an idiot and a waste of space, then he revealed he hated Donald Trump and came up with the white boy summer meme and I thought he was kind of cool, but now he’s come out with a dumb anti vax rant and he’s right back to square one.

Hey guys, just checking in. Look, I’ve been kinda on the fence about this for a while, that’s why I’ve never spoke on it. With the amount of people I know recently that have gotten COVID, and with the numbers rising, I think it’s important for me to say… I got the vaccine, I think everybody should, I think it’s really important that we all do this just as citizens, as Americans.

PSYCH! ‘B*tch! If it ain’t broke don’t fix it! I never had COVID. Y’ain’t sticking me with that motherf*cking needle! It’s the motherf*cking flu, get over it, okay! If you’re sick stay inside… I’m tired of wearing a motherf*cking mask.

Meh I can appreciate people expressing arguments and reasons for not getting the vaccine even if I don’t necessarily agree with them all, but when Chet Hanx communicates his opinions like a complete and utter meathead here then I don’t think I’m going to be that sympathetic to what he’s saying. Especially when both his parents have had serious cases of COVID and expressed their support for the vaccine after having the virus, it just seems even sillier. Your rebellious phase should end in your late teens dude, it’s not a good look.

For more of the same, check out this really cringeworthy moment where Chet Hanx tried to speak Jamaician. What an idiot.