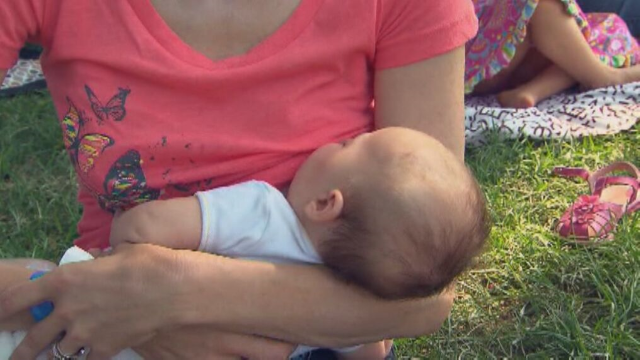 Give me a break.

Sometimes in life you have to be able to call things what they actually are, and milk that comes from breasts should accurately be described as ‘breast milk’ without being offensive or non-inclusive.

However, this being 2021 and all, some health professionals are pushing to substitute the term ‘breast milk’ for ‘chest milk’ or even ‘human milk’, in order to be inclusive to transgender or non-binary parents.

Now obviously individuals can use the language they want and if anyone wants to refer to breast milk as ‘chest milk’ in their personal lives, then more power to them. But health officials and/or organisations instructing doctors and nurses to use ‘chest milk’ over breast milk just seems a bit much for an agenda which would no way get a democratic mandate. I mean most people find the idea of chest milk ridiculous, surely?

Not for nothing, but chests and breasts are two different things. One produces milk, the other does not. Which means the term chest milk makes about as much sense as kneecap milk. What next? Chest cancer instead of breast cancer? Give me a politically correct break!

Maybe we should just call it ‘tit sauce’ and be done with it. Any objections?

Meanwhile, PETA is asking that we stop using words like ‘pig’ and ‘chicken’ as insults because they are offensive to animals. Sigh…