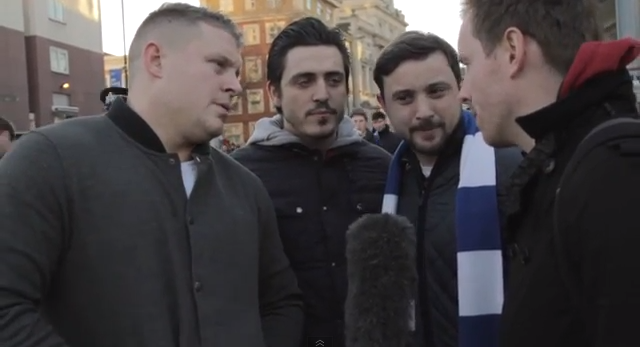 When tested on their football knowledge, Chelsea fans didn’t want to look like idiots so made up a bunch of stuff but end up looking like even bigger idiots.

This is fast becoming the oldest trick in the book, but that doesn’t make it any less funny.

TalkSport and some Manchester United channel thought it would be a great laugh to go down to Stamford Bridge at the weekend and ask a bunch of Chelsea fans what they thought of a bunch of made up players that they had apparently been linked with during the transfer window.

Unsurprisingly, not wishing to be caught out on their lack of football knowledge, most of them proceeded to look like absolute idiots as they said stuff like ‘he’s quick’ or ‘has a great range of passing’ about players like Crewe left back Liam Ying and Brazilian starlet Deanio. Smooth moves idiots.