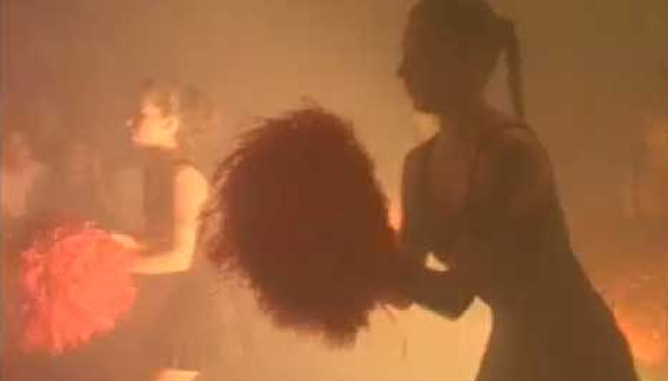 I thought everyone over the age of 11 knew Kurt Cobain was dead but apparently not, as one cheerleader is requesting a video endorsement from them for her homecoming campaign.

Wow. This is really something. I was pretty sure than most people over the age of like 11 or something probably knew that Kurt Cobain shot himself about 20 years ago and that Nirvana aren’t actually a band anymore but apparently that isn’t true.

Some cheerleader from Virginia Polytechnic recently sent a letter to Subpop records asking for a video endorsement from Nirvana to help with her quest to become homecoming queen. Er what!? Yeah this is actually for real, you can read the whole letter below word for word.

My favourite part is probably when the cheerleader refers to Nirvana as a ‘her’ or where she mentions that it would be great publicity for them because 30,000 students will see it and they’ll also appear on the video with ‘Big N Rich, Ying Yang Twins, the Cataracs, Slightly Stoopid, and three famous NFL Players.’ Obviously both of these factors were huge deal breakers when you’re one of the most famous bands in the world ever and your lead singer has been dead for 20 years.

Yeah, this is reality – this is Virginia Polytechnic. I won’t be sending my kids there, don’t you worry.

Interestingly – being the cool record label that they are – Sub Pop have said that some of their employees dressed up as Nirvana and obliged this girl and that a video will be coming out soon with them saying something along the lines of ‘What’s up Virginia Tech? This is Nirvana! Just wanted to wish you guys a Happy Homecoming Week and good luck at the game this Saturday. LETS GO HOKIES!’ which sounds awesome.

I don’t really get why it would have taken them longer than today to upload the video but it sounds like it will be a real hoot if it ever gets put on the internet. Hopefully this girl doesn’t realise and includes it on her homecoming reel too. I mean I know this story has been blasted all around the internet today, but if she’s dumb enough to write a letter to Nirvana asking for a video endorsement she’s probably dumb enough to miss al this and actually believe whatever she gets back. Here’s hoping.

Check out the letter below. I really love the note paper it’s written on too, gotta get me some of that. Oh and also she wrote a letter to them!?!?! WTF is this, 1998?

Japanese Idiots Try To Drive Across Water To Land

German Idiot Jumps Into Frozen Lake Only Wearing Speedos, Guess What Happens Next?

Idiot Waits In Line For iPhone 5 For No Apparent Reason 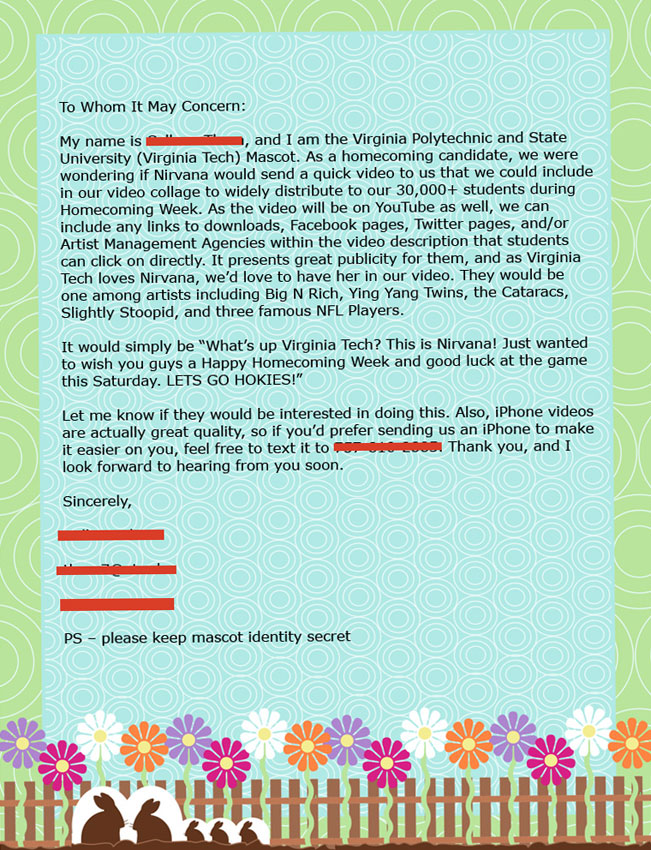