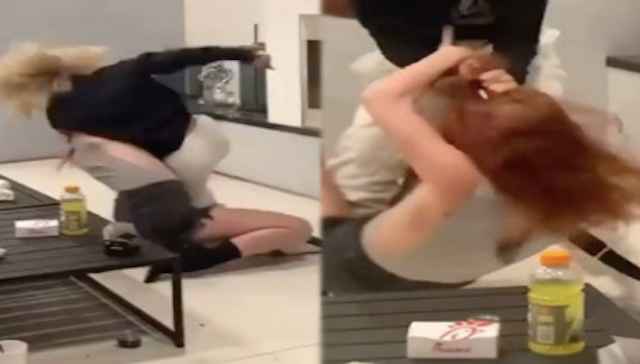 It’s pretty much a foregone conclusion that if you confront the person that’s boning your significant other that sparks are going to fly, but believe me when I say things don’t normally get as intense as they do in the video below.

Haven’t really got any background on this one, but I think it’s fairly self explanatory from what’s going on in the video so you might as well just dive in:

Yep, that is a major, major pummelling and it’s made even better by the fact that it appears to be going on at some rich person’s day party in the afternoon and that none of the other guests appear to be even slightly bothered by the fact that it’s going down right in front of them. I guess it’s only a short clip and it probably got broken up fairly quickly after all that, but even so that’s a major beatdown and nobody seems to be caring too much about it. Except for the guy filming it of course.

For more of the same, check out this guy’s insane comeback from a two on one beatdown. Legendary.