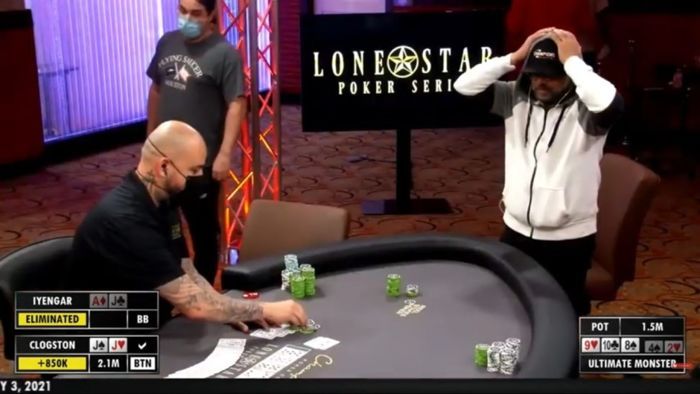 I think everyone probably knows how to play the Texas Hold ‘Em version of poker and has probably had a few games in their life or watched some matches late night on TV when nothing else is on, but I doubt anyone will ever have experienced anything like the video below.

The clip comes from the Lone Star Poker Series at the Champions Poker Club in Houston where Troy Clogston found himself going all in against Don Iyengar with pocket jacks going up against up against Iyengar’s Ace Jack unsuited. Somehow Clogston then proceeded to call every single community card that was dealt to finish the hand, causing everyone on the table to naturally freak out:

What the heck? How did this clown manage to call that? I don’t know what the odds of that happening are bet I imagine they’re astronomically large and the fact that it’s going down in a legit casino venue kinda makes you think that it isn’t some elaborate trick that they’ve set up to get a load of viral video views.

So how exactly did he do it? Time travel? Psychic powers (although not sure how they would actually help here)? The jury’s out.

For more of the same, check out this absolutely insane poker hand from last year. You could not make it up.