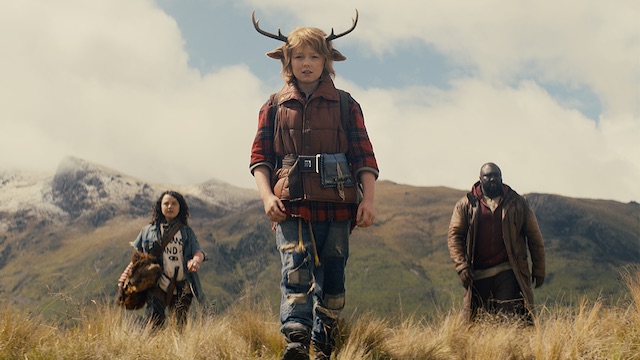 I posted on these pages a few weeks ago about how I was really excited about the upcoming Netflix adaptation of one of my favourite comic books ‘Sweet Tooth’ and now that they’ve dropped a full trailer for it I’m even more pumped.

The series is a post apocalyptic fairytale revolving around an animal/human hybrid boy called Gus and his quest to find out about his origins and how it was linked to the disease that wiped out most of the population of the planet. Here’s the trailer and the official synopsis:

Together they set out on an extraordinary adventure across what’s left of America in search of answers— about Gus’ origins, Jepperd’s past, and the true meaning of home.

But their story is full of unexpected allies and enemies, and Gus quickly learns the lush, dangerous world outside the forest is more complex than he ever could have imagined.

That looks really epic doesn’t it? Not really sure how they’re going to adapt it considering I know how the comic plays out, but it looks like it’s going to be an awesome adaptation even if it isn’t exactly the same.

For more of the same, check out the first trailer for ‘Sweet Tooth’ right here. Not giving much more away but still looks sweet.