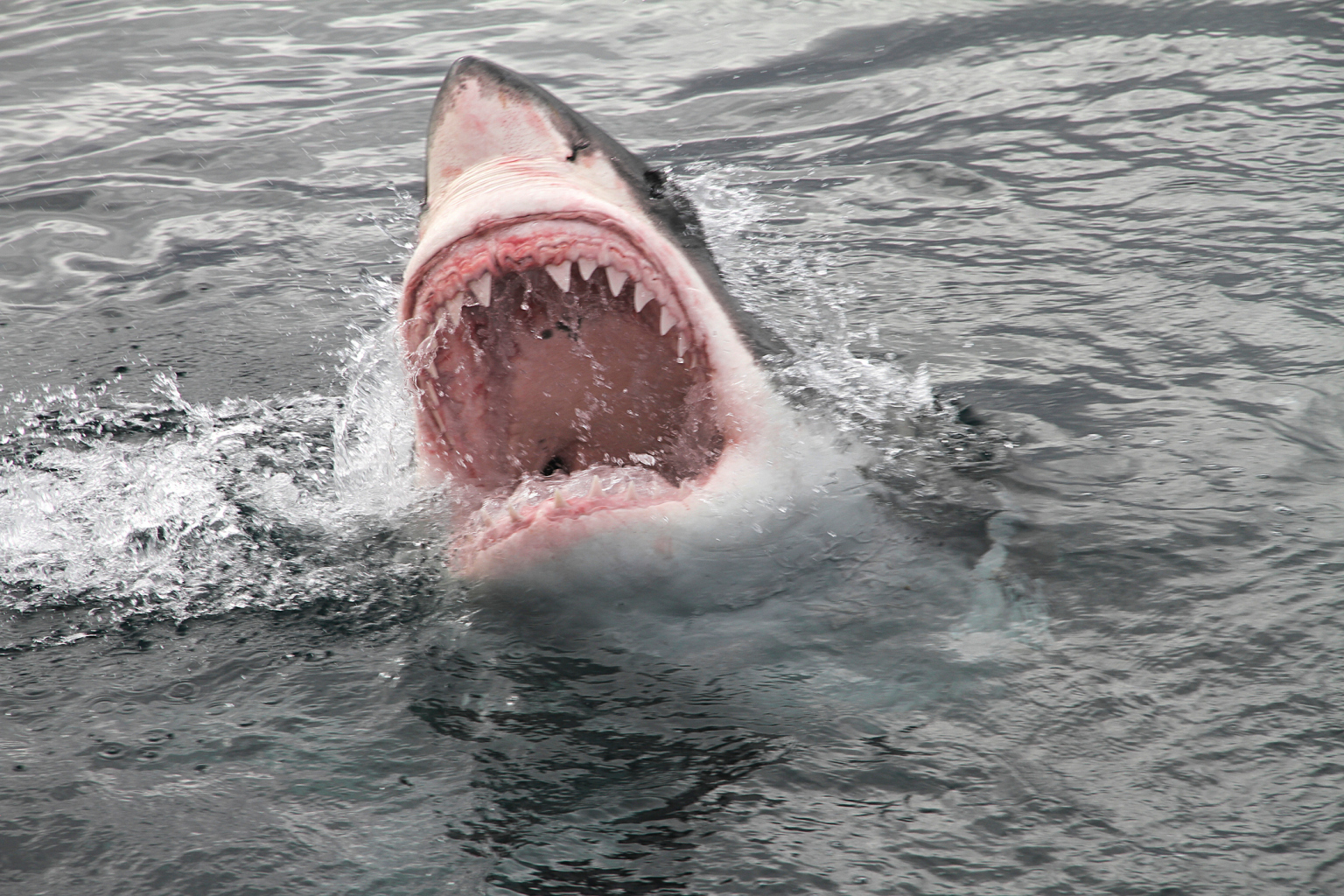 I know this is going to sound a bit silly but other than ‘Jaws’ I don’t actually think that when I imagine a shark that they’re actually that big – just massively scary with huge sharp pointy teeth.

That’s changed completely though after I watched the video below. There’s currently a dead humpback whale decomposing off the coast of Massachusetts and so obviously the great white sharks in the area are choosing to feed on it and this footage rally does drive home how absolutely massive those guys are:

OK so that maybe doesn’t drive it home as much as you thought, but I think that’s just because the whale looks relatively tiny too in those pictures. When you think about how absolutely humongous whales are and then consider that these sharks look like they’re over half the size of a whale then you start to get some context as to how big they can get.

Apparently most of them are about twenty foot long which is about double the size of an average car in this country. No wonder they end up eating so many of us humans.

For more of the same, check out these sharks that glow in the dark. What the heck?