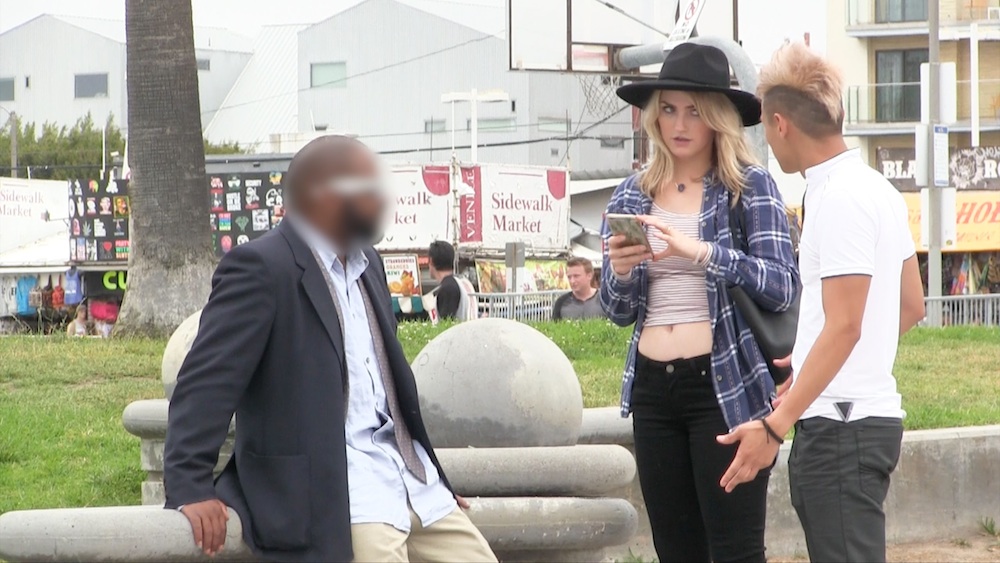 Sadly there’s no denying this one.

Josh Paler Lin has a reputation for some of the best YouTube pranks/social experiments (even if he was accused of faking his famous homeless man buys food for others video) and he’s back with another one here, in which he tests the honour of random guys by testing whether or not they’ll pursue a girl after clearly seeing that she has a boyfriend.

In fairness to the guys featured the girl in question does act like she wants to hook up with them and doesn’t really care about her boyfriend, but the fact is they have just met the dude and he seems like a decent guy and hasn’t done anything wrong to them. I guess the sad fact of life is that guys will do anything for pussy and it doesn’t really matter who gets hurt or harmed in the way of this pursuit.

Josh has promised to do a cheating boyfriend one of these in the future, and it will be interesting to see how that one pans out. You would like to think that girls would be a little more honourable to their baes but I’m really not so sure about that. I imagine that will probably drop in a couple of weeks or something and we’ll be sure to post about it then too.

Girls On Spring Break Admit To Cheating On Their Boyfriends