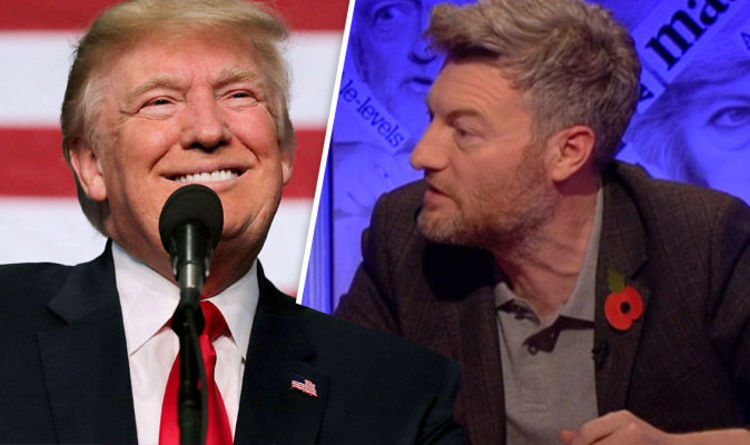 It was pretty annoying last year when we weren’t treated to our usual comedic year end round up courtesy of Charlie Brooker’s Screenwipe, parituclalry becuase it meant that we weren’t going to hear his opinions on how badly Donald Trump has screwed up the world.

Thankfully though, Jason Hazeley – a colleague of Brooker’s who has worked with him on the previous six wipes – has decided to inform everyone in the world of what they were going to say via Twitter to coincide with the President’s visit to London today. And it doesn’t disappoint even slightly:

While he's wantonly soiling our territory and cluelessly fucking with our politics, here are our 2017Wipe (it was cancelled) notes on you-know-who. pic.twitter.com/7T17sfzADX

Told you right? It’s kinda crazy that they can even come up with so many excellent descriptions of Trump, but I suppose this is their bread and butter and what they spend all their time coming up with so it isn’t that unrealistic. Just impressive.

And probably just exactly what we needed following our exit in the World Cup and Donald Trump touching down in the country beautifully and ironically dovetailing on the same day. Thanks a lot Jason.

For more Charlie Brooker, check out his 13 funniest putdowns. What a hero.