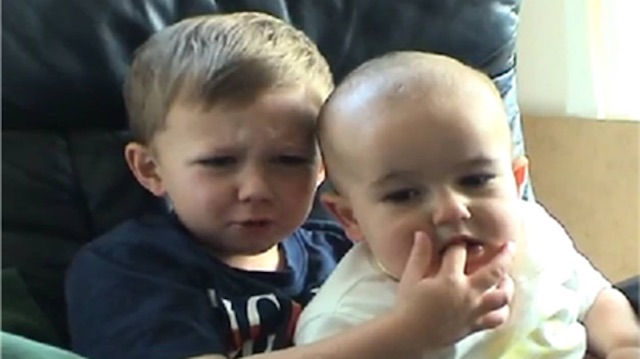 Another day, another viral video/meme that’s being sold off to the highest bidder as an NFT.

This time it’s the turn of the iconic ‘Charlie Bit My Finger’ video which saw baby Charlie Davis-Carr bite his slightly older brother Harry’s finger in a particular comical way. The video has been viewed 880 million times on YouTube now, but the Davis-Carr family are set to delete it after the lucky bidder wins the NFT.

As if that wasn’t enough of an incentive, the winner will also get to recreate the scene with adult versions of the babies featured in the video. Sounds like something everyone would be interested in and not something that’s actually really quite weird. Are you in?

Anyway, here’s the blurb for it:

Seen by over 880 million people, Charlie Bit My Finger is the most-viewed viral video of all time.

The beloved clip has become a household name and holds a special place in the hearts of many.

Now, the iconic video will be removed from YouTube and one person will have the opportunity to own it in its new form as a 1/1 NFT, memorializing them in internet history forever.

The NFT winner will also get the opportunity to create their own parody of the video featuring the original stars, Harry and Charlie.

Are you interested? I imagine that you’ll be looking at least a low six figure sum to get your hands on it if you actually want it though, so that probably rules out almost everyone reading this.

Maybe one day hey? So jealous of all these rich bastards that get to buy these NFTs and be the sole owners of internet memes. They must be having such a sick time with them.

For more of the same, check out how much the overly attached girlfriend meme sold as for an NFT. Wow.