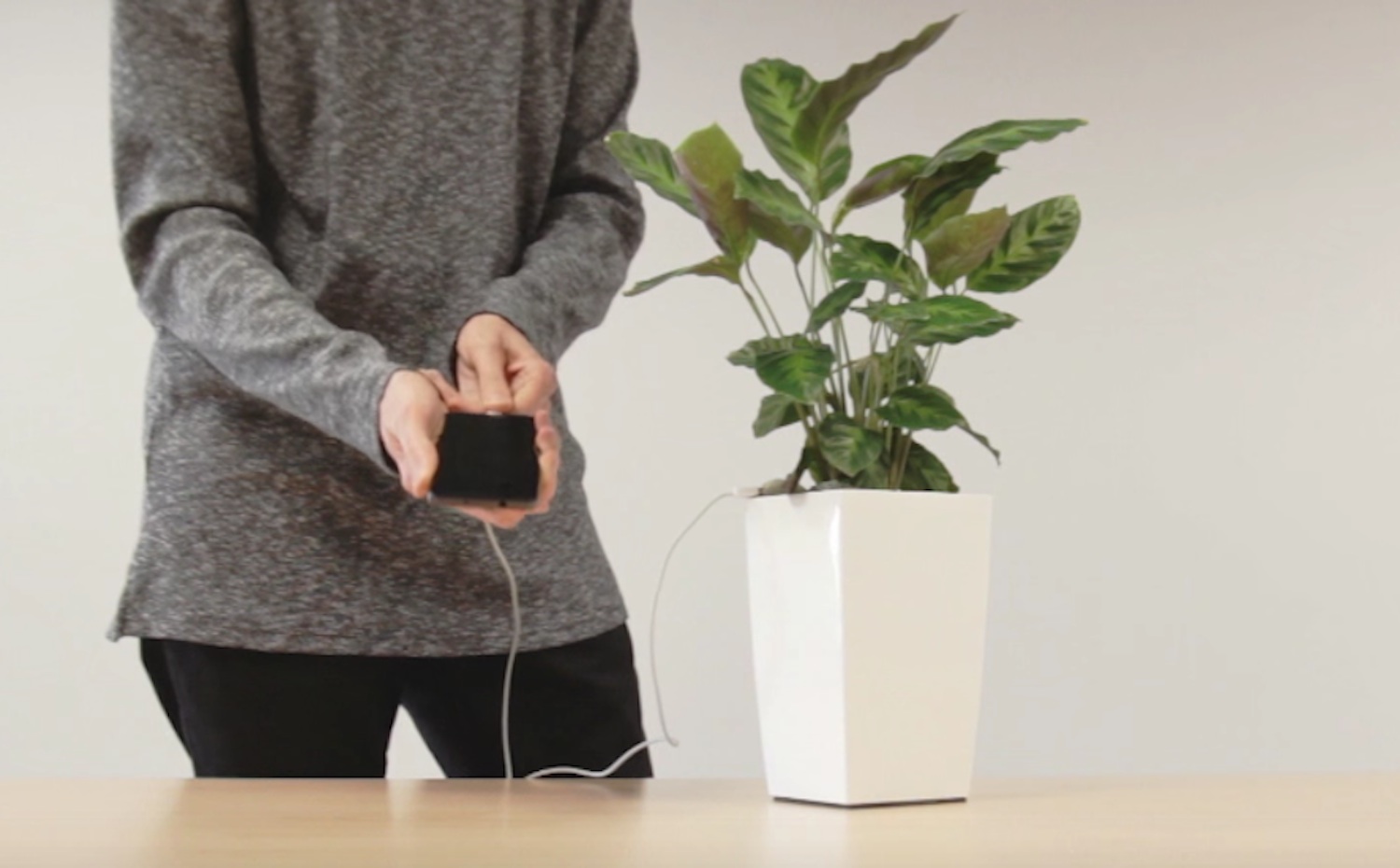 The power of photosynthesis baby.

A Barcelona based company called Arkyne Technologies has announced that they’ve harnessed a way to turn the leaves of a plant into a solar panel and effectively use this energy to charge your phone.

The plant is calling itself Bioo Lite and you just plug a USB into a stone that’s attached to the plant itself. It charges via photosynthesis, with the sunshine turning carbon dioxide and water into oxygen and organic compounds. These are then broken down by bacteria to charge your phone via the USB port. Crazy.

Apparently you’ll be able to get three complete charges a day from it and it’ll be producing energy all the time. Neat.

Here’s a (quite bad) promo video that explains a little more about it:

Completely sick. It is going to cost you $112 when it rolls out in December which is substantially more than your regular wall mounted phone charger, but just think how great and cool everyone is going to think you are when you tell them you can charge up your phone via your plant. You’ll definitely get laid at least once and probably make a couple of new friends because of it which seems worth the price alone.

Oh and you’ve also got to keep your plant alive in order for it to work, so if you’re not house trained then maybe think twice about getting one too.

For more awesome technology, check out the dead drops project.