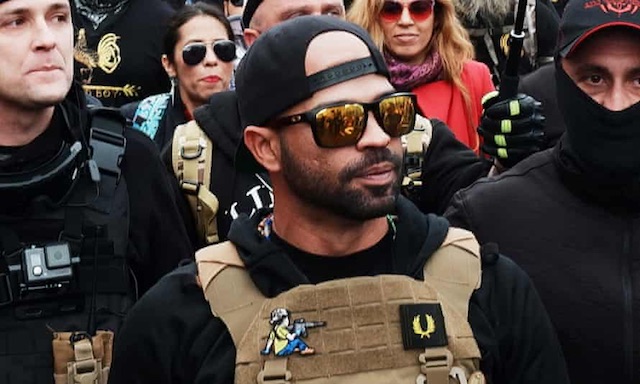 The whole mythology behind the far right Proud Boys organisation over in the United States continues to get weirder as the group’s chairman and one of its main leaders Enrique Tarrio has been exposed as a prolific undercover FBI agent.

Whilst you might think that this is initially good news and that he’s been working undercover to infiltrate the Proud Boys and give the FBI tips about what they’re up to, it doesn’t seem like this was the case as it seem like he stopped informing for them back in 2014 and his membership of the Proud Boys is actually his true persona. He’s denied all of these allegations but Reuters have provided court documents that make it kind of hard to deny that he wasn’t involved.

These documents explain that Tarrio was involved with the FBI from 2012 to 2014 after he was arrested and charged in connection with a fraud case where he was relabelling and selling stolen diabetes kits. Over the subsequent two year period, he was responsible for the imprisonment of over a dozen people in the Miami area on charges ranging from gambling to drugs and human trafficking.

Even though Tarrio is denying these allegations, it seems impossible to think that anyone would be able to believe him for very long and it’s probably going to make life difficult for him within the Proud Boys for a little bit. It would be completely sick if he was still in deep cover for the FBI and this was all necessary for him to try and maintain it, but I think that’s pushing it a bit. Wouldn’t surprise me if you saw him out on his back very soon though after his past came up like this. We’ll see.

For more of the same, check out this Proud Boys initiation video. The lamest of the lame.