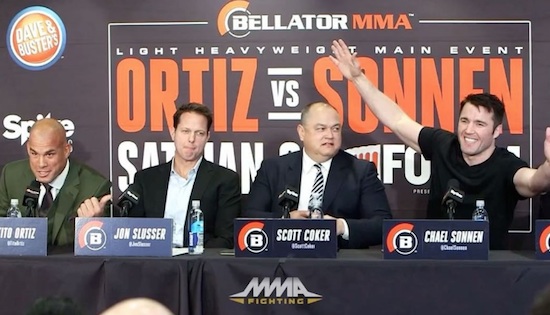 UFC and MMA is a sport that is no stranger to trash talking, but this might be one of the biggest cusses I have ever heard period, let alone just in that arena.

Chael Sonnen showing why he is the “bad guy” at the #Bellator170 pre-fight conference.

Gotta hand it to Sonnen though, he looks like an absolute killer, just raising his arms like the cocky little brat he is. Going to be an even better fight now after that insult got thrown. Probably tipping Sonnen to come out on top, purely because Ortiz is so goddamn old now, but you never really know what’s going to happen in MMA do you? We’ll see tomorrow night.

For more classic MMA trash talking, check out some of the highlights of last year. Gotta love running your mouth.