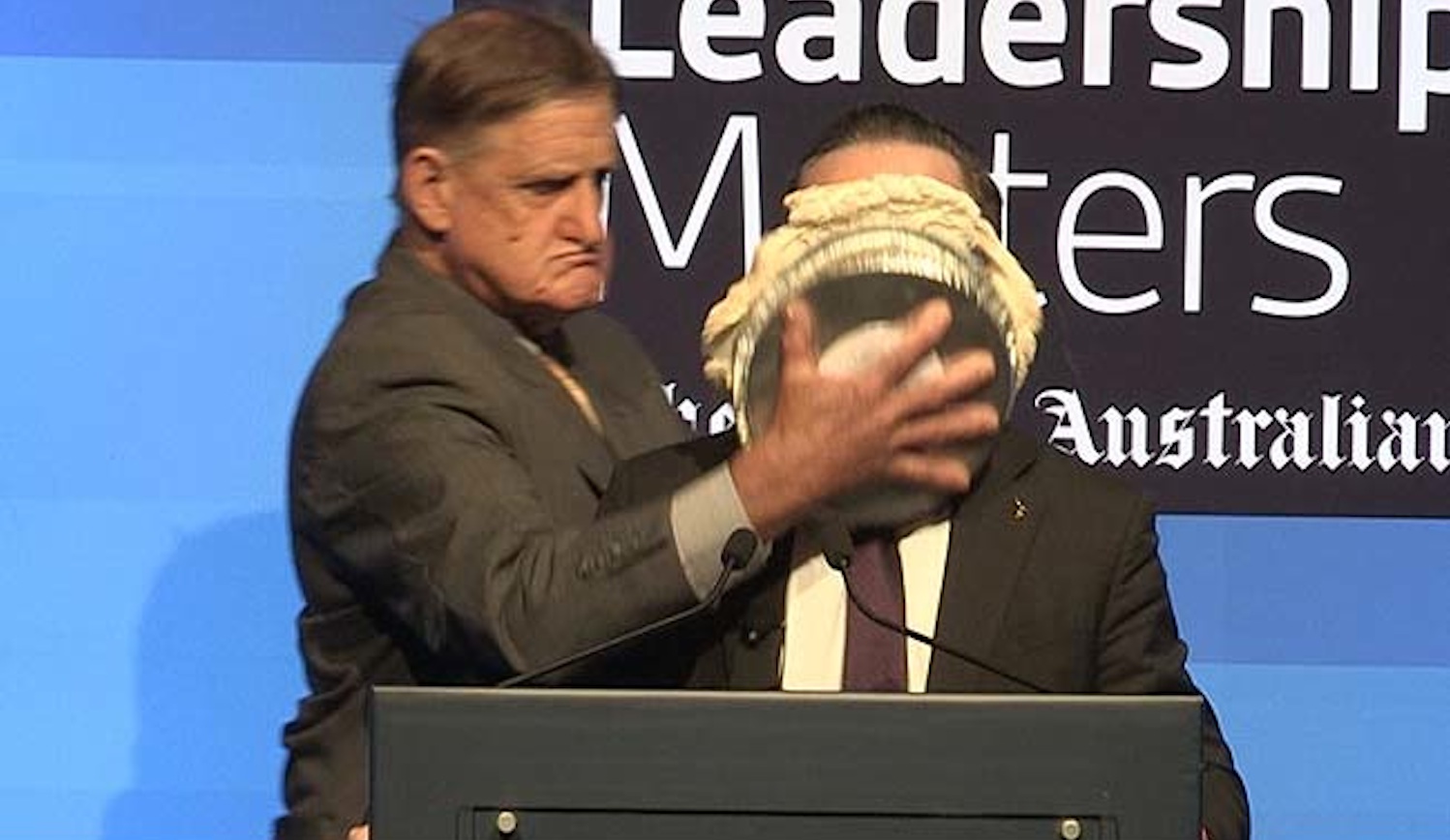 Getting his just desserts.

There’s nothing quite like smashing a massive pie in someone’s face to get your own back on them, but I literally haven’t seen anything like that happen since the Dave Benson Philips TV show ‘Get Your Own Back’.

One unknown angry man is bringing the practice back though, as yesterday he was filmed slamming a pie into the CEO of Qantas Airline Alan Joyce during a breakfast speech at the Hyatt Hotel in Perth. Joyce was just about to begin speaking when this guy emerged from nowhere and whacked the pie straight in his face. What a shot:

Nicely done. Literally can’t stop watching that over and over again, it’s just so nonchalant the way the guy does it. And he’s SO angry as well which makes it even better. Gotta wonder about the security detail in the building allowing something like that to happen though.

They did manage to capture the guy however and he’s been identified as 67-year-old Tony Overheu who apparently targeted Joyce because he lent his support to the gay marriage movement, after he signed a petition urging Australian Prime Minister Malcolm Tunbull to legalise same sex marriage:

Quite. Not sure how hitting him in the face with a pie is going to help with that, but it’s probably one of my favourite videos of the year, so I’ll thank him for that at least.