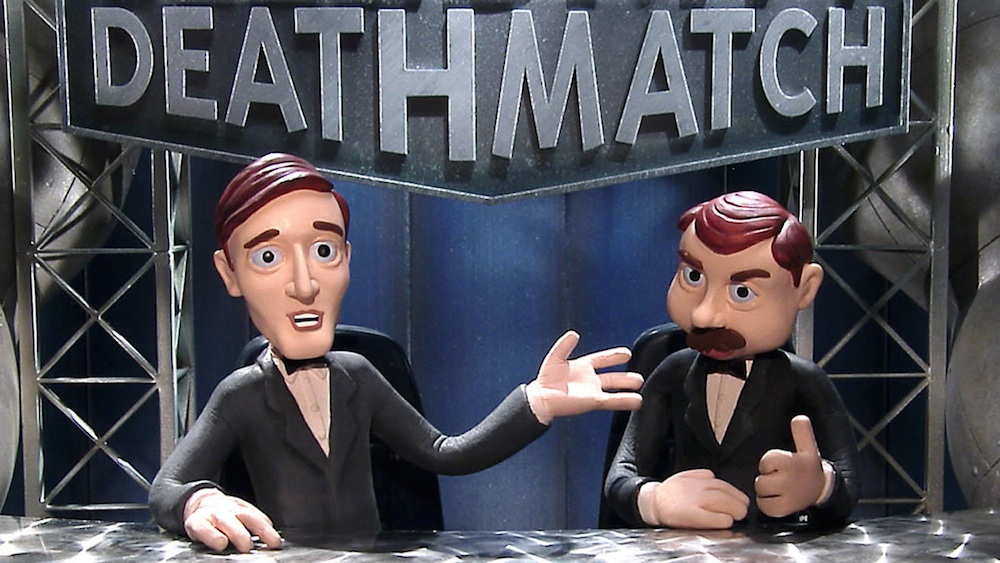 If you grew up in the late 90s/early 00s and the advent of MTV and you were lucky enough to have Sky – or a rich friend who had it – then you were probably in love with Celebrity Deathmatch just like everyone else. What wasn’t to like about it? Two annoying celebrities fought to the death in insanely creative fights which normally resulted in both of them getting absolutely rinsed via the medium. There really wasn’t anything like it on television and there hasn’t been anything like it since.

Perhaps inspired by the return of Spitting Image in the form of the Newszoids (which actually premieres tonight I think), MTV2 has decided to commission a new pilot of Celebrity Deathmatch. The original guys who created the show’s 75 original episode run from 1998 – 2004 are back in charge this time so it promises to have all the ingredients that made it such a memorable show. Even though we’re (mostly) adults now, we’ll probably still enjoy it because I remember there being a lot of on point jokes that I might not have really understood so well when I was a teenager.

If you’ve never seen Celebrity Deathmatch (what are you playing at?) then you can check out a couple of the best episodes on the slideshow. No news yet on when the show will air – or if Stone Cold Steve Austin will return as colour commentator – but let’s all hope it’s better than the recent Beavis And Butthead revival.