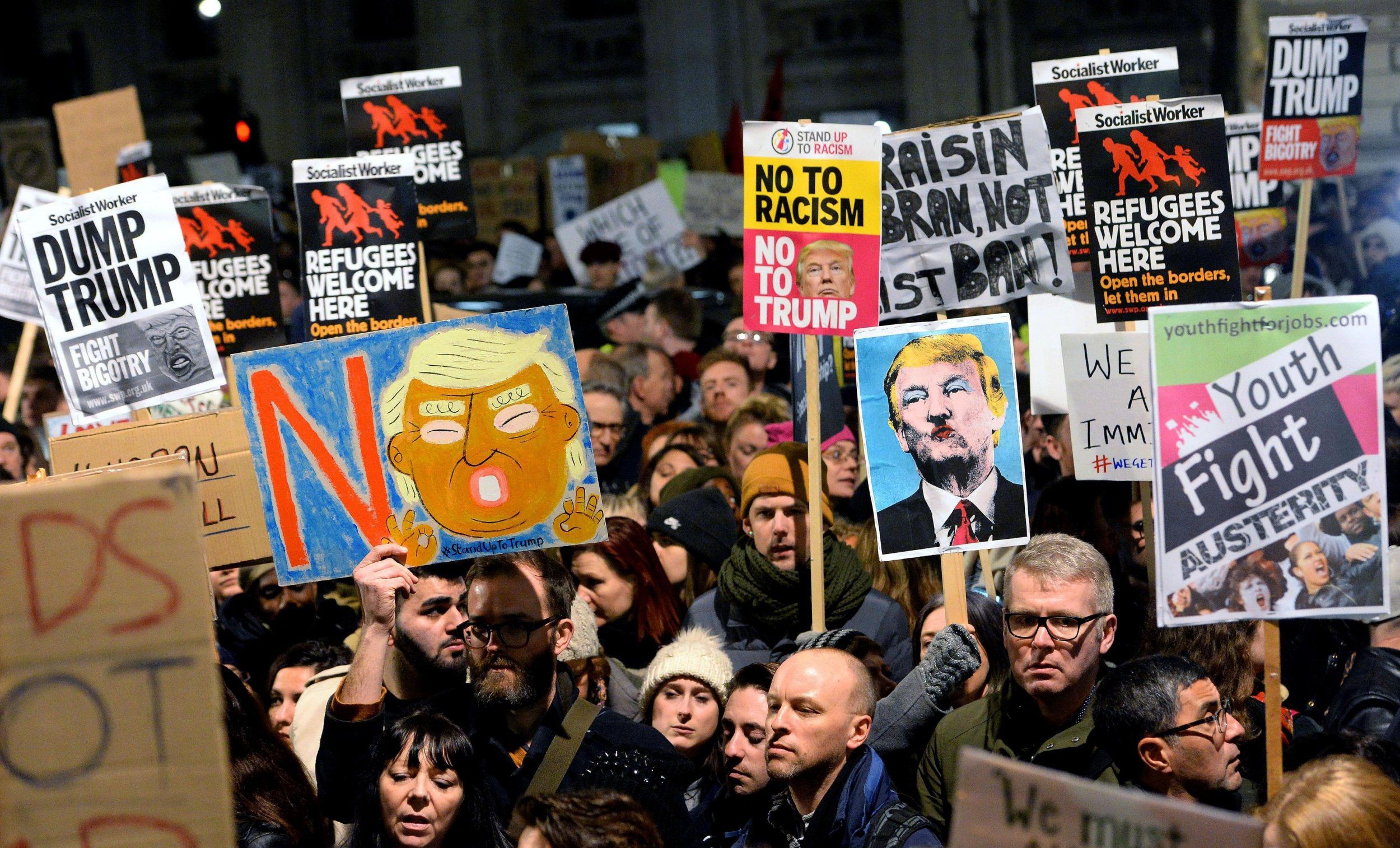 Since it was announced that Donald Trump would be visiting the UK, a vast cross section of the country has been up in arms about it, with 1.8 million signatures lending themselves to a petition trying to ban it from even happening.

It’s not just the common people that are opposed to his visit though – a large number of celebrities from across the political and cultural spectrum have today sent out three open letters to the world protesting his visit and calling for a huge political demonstration on March 4th. The letters have been signed by the following people: Lily Allen, Olly Alexander, Paloma Faith, Brian Eno, YouTube star DanIsNotOnFire, comedian Omid Djalili, TUC general secretary Frances O’Grady,  Ed Miliband, Tim Farron, Leanne Wood, Ken Loach, Rabbi Lee Wax,  and Dr Abdullah Faliq, chair of Muslim Voices, and and you can read them below: 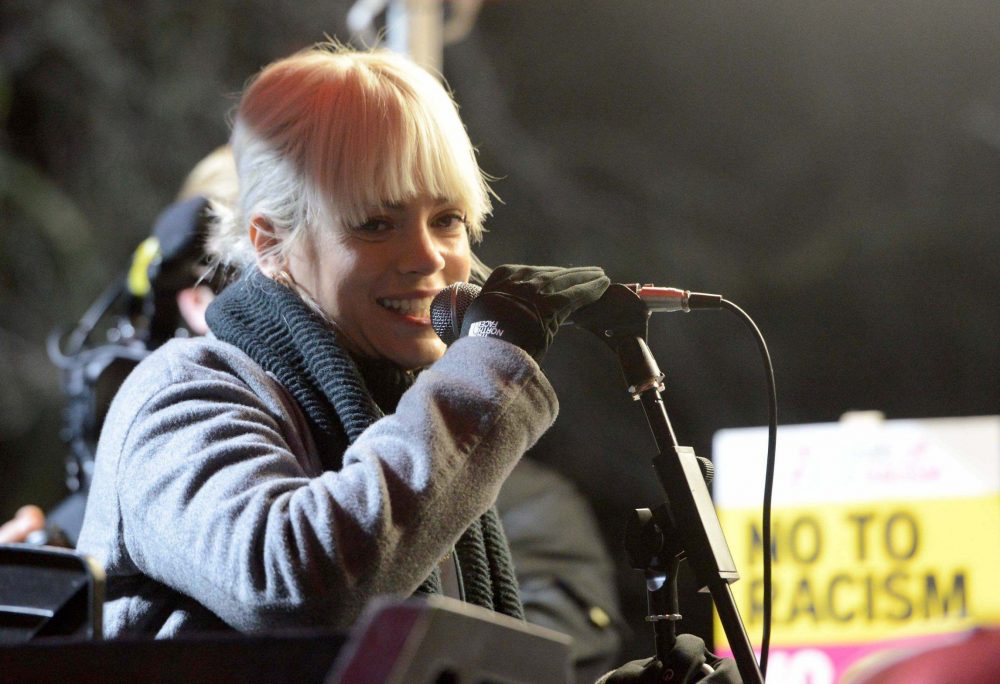 Donald Trump’s presidency is turning out to be every bit as dangerous and divisive as we feared. The rhetoric of his campaign and his early executive orders have sparked a wave of fear and hatred. Those who are often already marginalised and discriminated against – especially Muslims and migrants – have been particular targets for Trump.

Trump directly threatens steps towards tackling climate change, fighting discrimination, inequality, peace and disarmament. At the very moment when the world needs more solidarity, more cooperation and a greater commitment to justice, he proposes to build walls and wants to turn us against each other.

We are dismayed and shocked by the attempt of the British government to normalise Trump’s agenda. People in Britain never voted for this. It is our duty as citizens to speak out. We oppose this state visit to the UK and commit ourselves to one of the biggest demonstrations in British history, to make very clear to our government, and to the world, that this is not in our name. 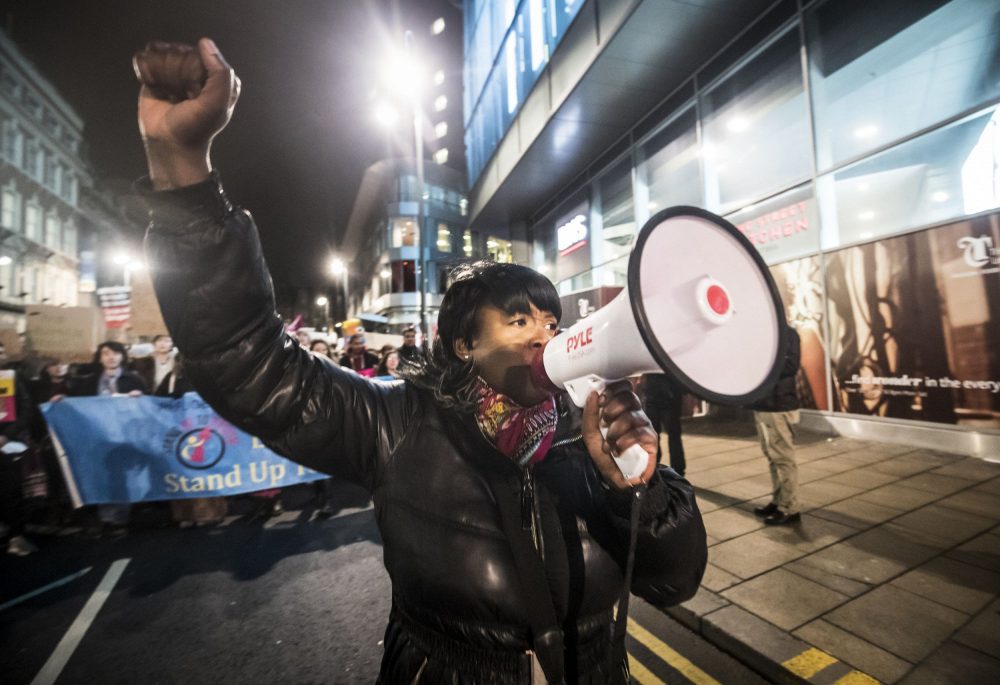 We write to impress upon Theresa May and her government our opposition to US President Donald Trump being accorded a state visit or any official visit to this country. The US population has suffered more than a decade and a half of a fall in incomes, but billionaire Trump offers no solution to this problem.

Racism, sexism, misogyny, Islamophobia, antisemitism, homophobia, war mongering, climate change denial or policies designed to boost the wealth of the already super-rich should not be rewarded or celebrated in this country.

Trump is, as the president of the richest and most powerful nation on earth, uniquely placed to do good or ill. His first week in office has shown beyond doubt that he intends the latter.

Most people in Britain want no part of it. They do not expect our government to condone or celebrate such policies or the values that stand behind them. That is why we say no Trump in Britain. 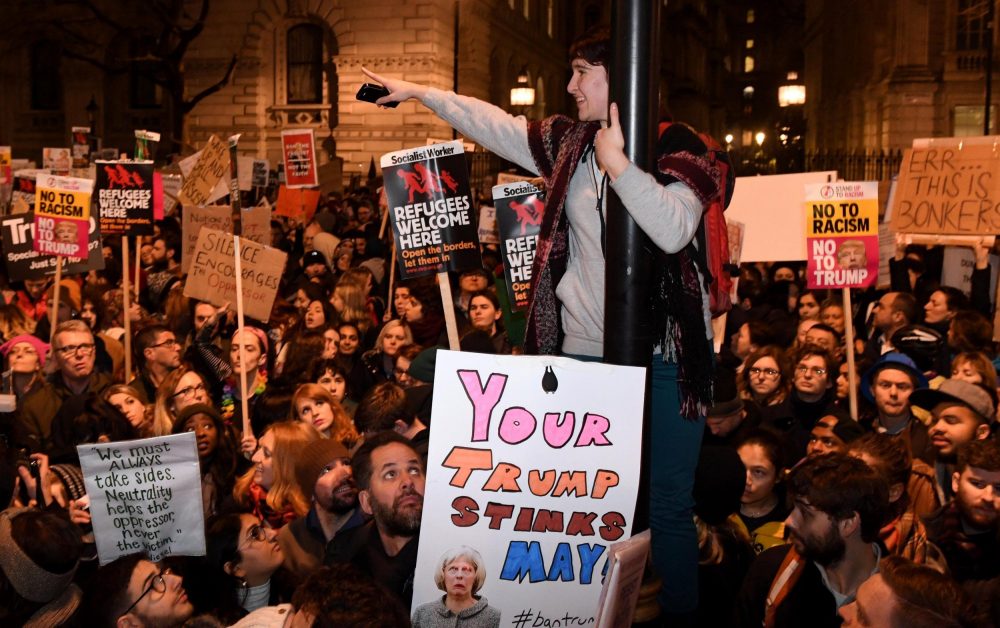 As healthcare workers in the NHS, our pledge to do no harm obliges us to speak up about the jeopardy British people will face under the current transatlantic appeasement spectacle.

Within hours of entering the Oval Office, Donald Trump signed a raft of divisive orders which will put lives at risk. The most worrying include a ban on the entrance of citizens of seven Muslim-majority countries into the US, shockingly including Syrian refugees fleeing war, and the removal of 20 million citizens’ access to healthcare.

Theresa May has not responded to these actions by distancing Britain from such policies; having earlier flown out to be the first foreign leader to meet the new president, she has not condemned the immigration ban, and despite her claims at prime minister’s questions, appears happy to accelerate the fragmentation and sale of NHS services to US markets.

Meanwhile at home, the NHS is pushed further into a desperate humanitarian crisis with people dying on hospital trolleys and nurses’ pay reduced by 14% since 2010 – yet apparently NHS spending will be cut further. We demand strong opposition to harmful actions against vulnerable people, which includes protection of our NHS from a Trump-style corporate takeover. Join us in our national demonstration in London on 4 March – see ournhs.info

Pretty intense right? But in all seriousness it’s great that these celebrities are using their positions of fame and power to try and do something about the Donald Trump problem. Fair play to them – I hope you’ll all be joining us for the protest on March 4th after reading this.

For more protests, check out these graphic photos from he Blockup protest in Frankfurt a couple of years ago. None of that over here please.