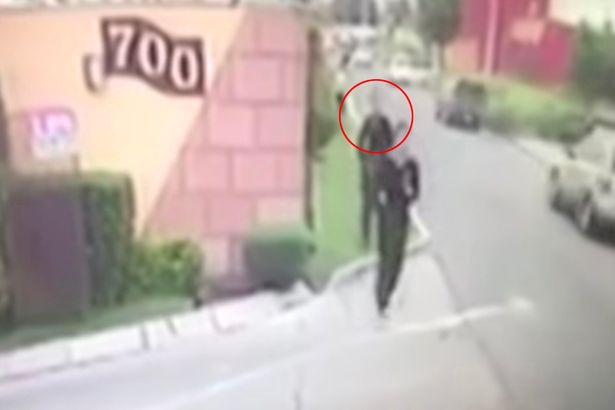 This is why you don’t mess with the world’s most powerful narcos.

The judge who investigated some of the world’s most powerful drug lords has just been shot dead in front of his home in what is being treated as an assassination.

37-year-old Vicente Antonio Bermudez Zacarias was out for a jog in a gated community in Mexico when he was attacked by two men yesterday. In the CCTV footage you can see one of the men run up to Zacarias before shooting him in the head and then fleeing in a car. Although the victim was rushed to hospital, he unfortunately died from his injuries early that morning.

There’s no doubt the assassination is linked to his past cases involving some of the country’s most notorious ‘narcos’. Not so long ago Zacarias suspended the extradition of Joaquin ‘El Chapo’ Guzman to the U.S. to face drug trafficking charges.

On top of that, he approved the extradition of Abigail Gonzalez Valencia, who is the leader of another cartel known as ‘Los Cuinis’ and also investigated Gildardo ‘El Gil’ López Astudillo. Astudillo is another drug lord accused in the disappearances of nearly 50 students in the western state of Guerrero.

Although the police have not confirmed whether Zacarias’ death is linked to the ‘narcos’, it seems reasonable to say that the assassination is most likely associated with at least one of the high profile cases he has worked on.

Seems like he’s uncovered way too much information on some of the most dangerous people in the world – there’s probably more than one gang that wanted to see his death. Especially when they know their head drug lord is being tortured at the hands of Mexican authorities.