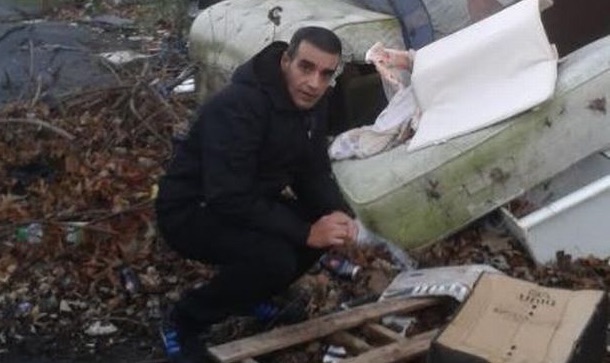 We’ve probably all lived in some less than desirable areas during our lives, but I’m unsure as to whether anyone can actually claim that their living situation has been worse than the street featured in the video below.

We just feel so terrified. If we leave the house, we don’t know what’s going to be happening outside our door – or will somebody be inside the house?

We’re just stuck here with all this stuff that goes on on the road. Once we saw people from our window – they slaughtered a full live sheep on our street and were having a BBQ with it in the back garden.

People put nails up into my tires, I was spending hundreds every year fixing my car.

People were doing toilet at the back. They dump outside people’s houses and wee outside there on the street too.

I saw one with his keks down by the gap of my front patio window, and he was going to do one.

I thought it was a dog at first doing it. I used to scoop it and throw it away, but when I clocked him I said, ‘This is disgusting – what are you doing?!’

We’ve had these issues for nine years now. We’ve been chasing it up with the council, with the police, they come and go but nobody seems to be doing anything about it.

I’ve lost count of how many times I’ve called the police, it must be over 150 since I’ve lived here. But offenders just get a tap on the wrist, police go away and I’m back to square one.

My neighbours say they don’t want to get involved or contact police for the fear of what may happen. We just want all this to stop happening.

If I have to walk down my own road to get to a doctor’s appointment, I walk in the middle of the road because it’s safer that way – I don’t trust anybody.

Damn, sounds like an absolute hellhole there, right? I guess the obvious suggestion for Jamil would be to move out of the area and live somewhere else, but I suppose that isn’t always as easy as it might sound of paper. You would think he might have had enough of it by now that he would get out of there however possible though right?

Seems crazy that he’s still living there enduring these conditions. Hopefully sharing this video will kick the police up the backside and actually make them try and do something about it now. I’ve got my fingers crossed for him anyway.