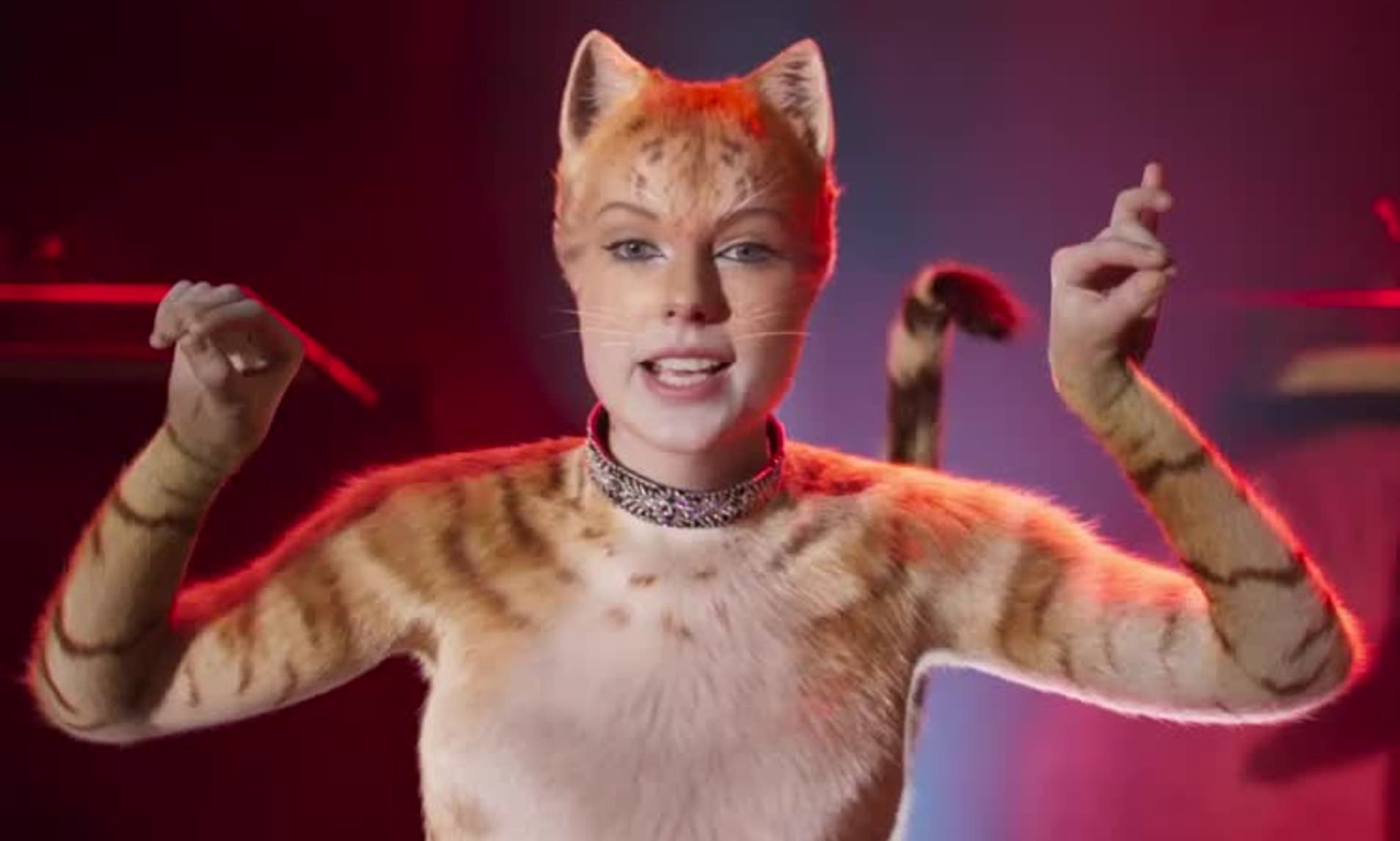 Is Cats the worst movie ever made?

The movie ‘Cats’ it out this week – featuring a whole host of big names like Taylor Swift, Idris Elba, Judi Dench, Ian McKellen, Jennifer Hudson, James Corden and Rebel Wilson. But it looks like all the star power in the world couldn’t save this movie from being the biggest flop of 2019.

The film is being universally annihilated by critics and movie-goers who all seem to agree it’s just outright creepy, disturbing and bad. But then wasn’t that always going to be the case when there’s a bunch of humans in catsuits prancing around like idiots?

I mean even just the trailer gives a good indication of how terrible it is:

Some of the hate and reviews it’s getting are so amusing we had to compile a list. People really are scrambling to find the words to describe how bad this movie is: 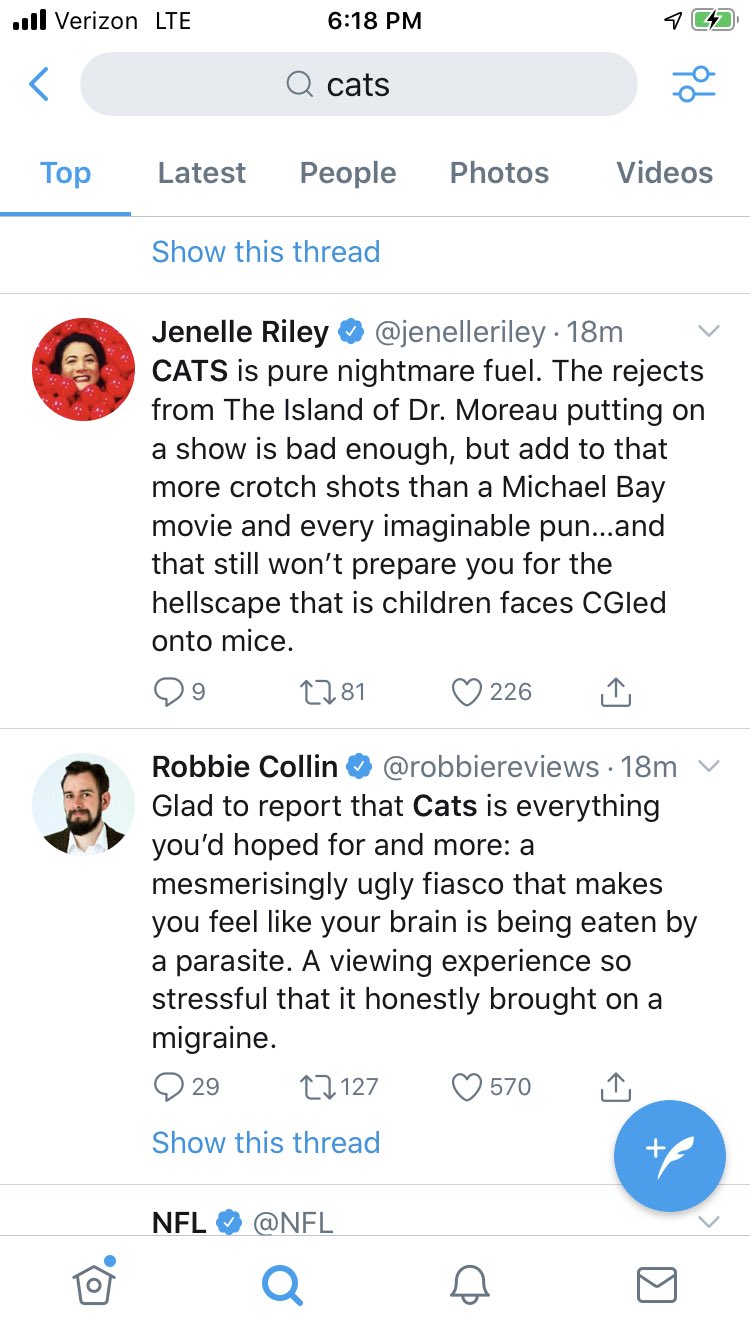 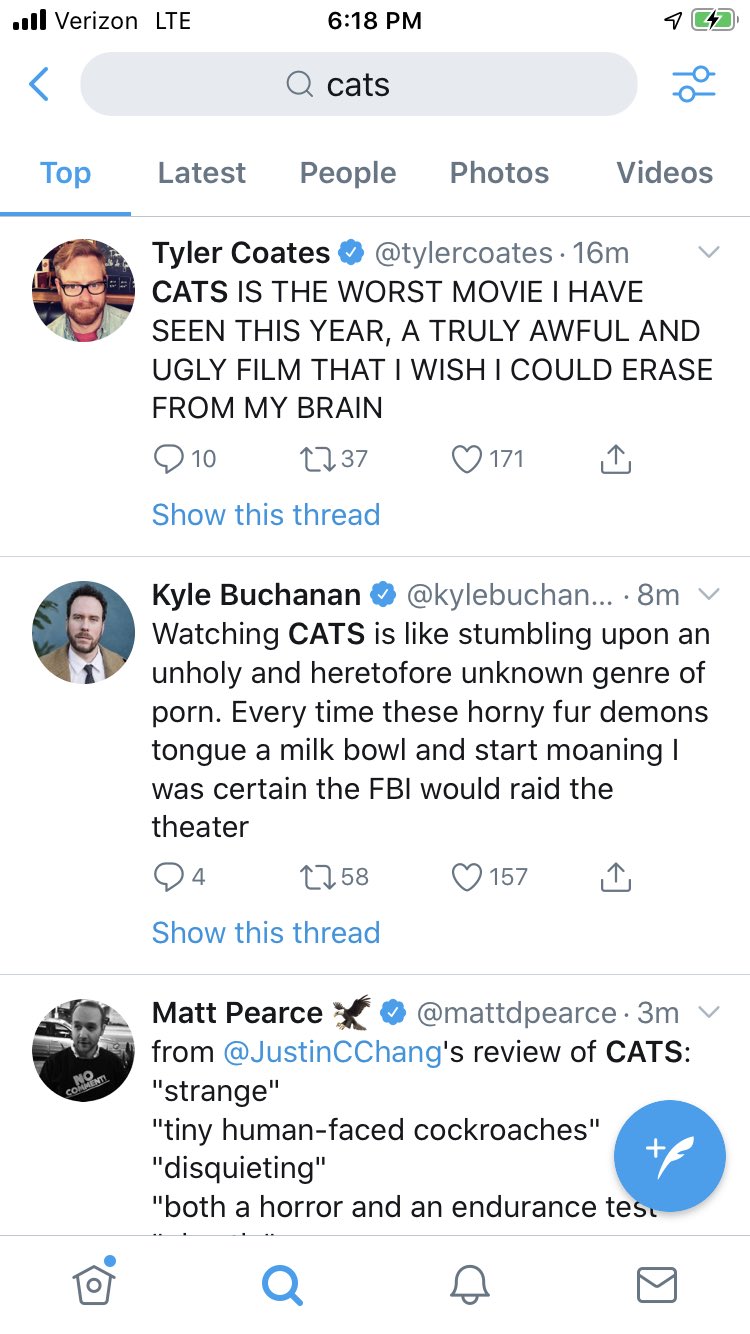 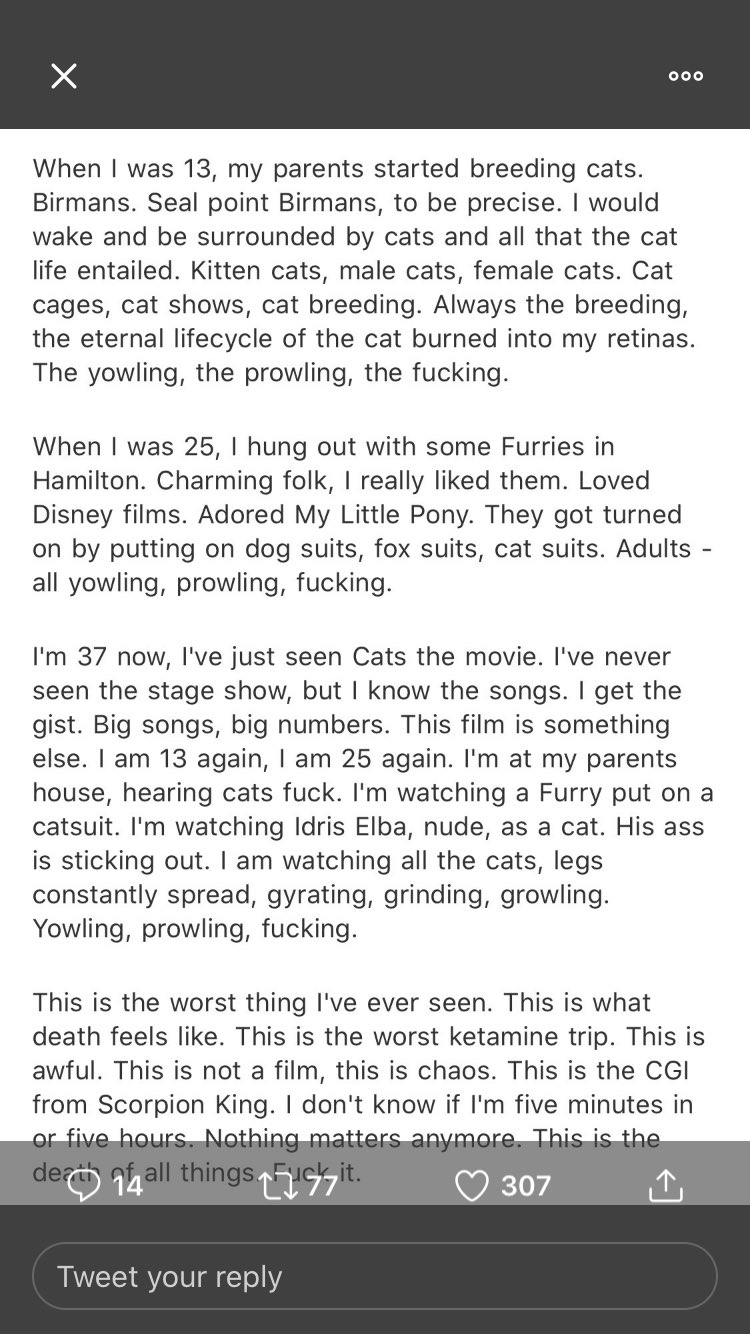 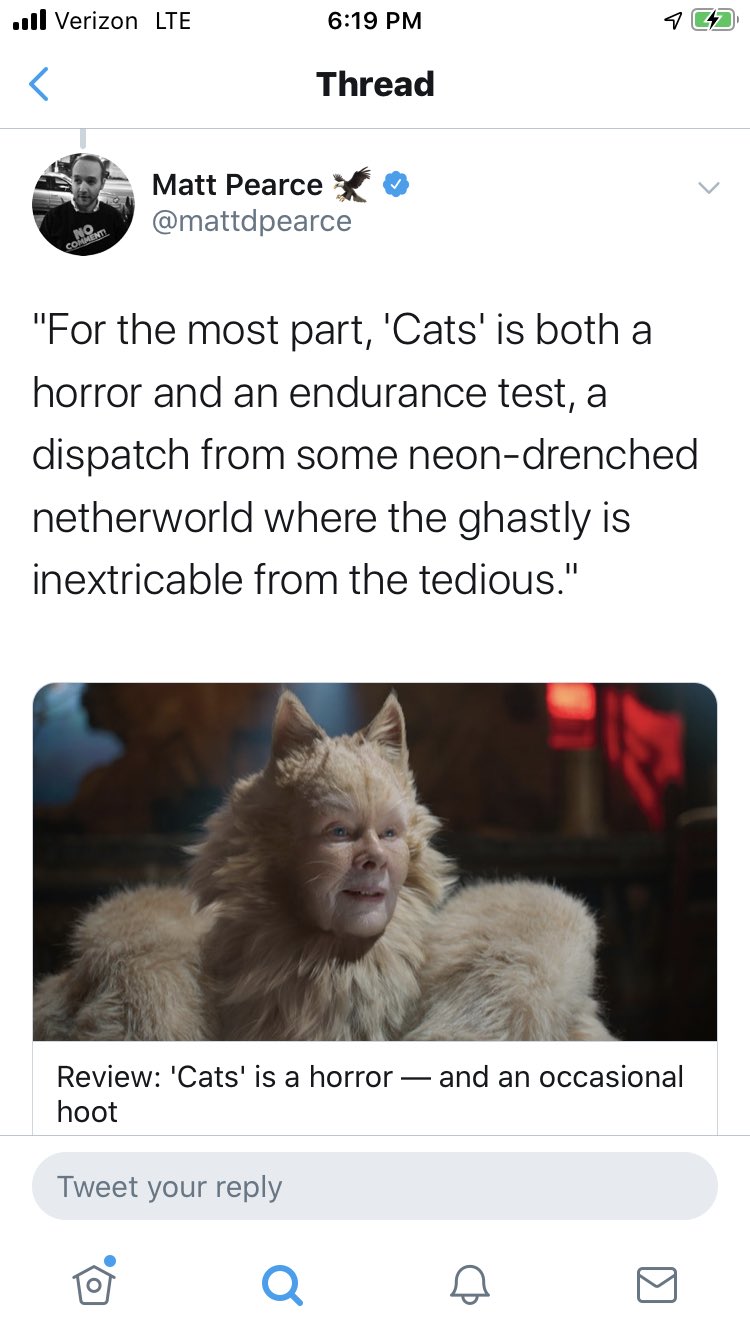 Makes you wonder how a show about creepy grown-ups parading around as homeless cats gained such massive appeal in the first place, but I guess whatever was so popular about the musical and stage show completely flopped when translated onto the big screen.

Like I said though the trailer gave us all fair warning – if you paid money to see this atrocity then you only have yourself to blame.

If you can handle more cat-based cringe, get a load of this couple that did a maternity photoshoot with theirs. Lock them up and throw away the key.