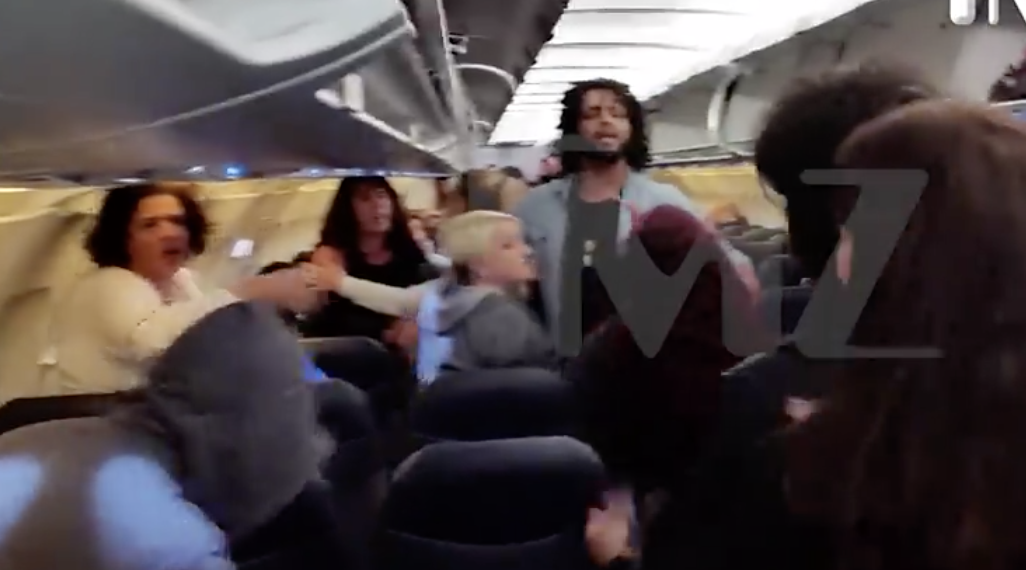 What a whirlwind few weeks it’s been for Danielle Bregoli AKA the biggest prick in TV history.

First, she threatened to beat up Dr. Phil’s entire studio audience and somehow became a viral sensation off the back of it. Then she went off to Hollywood and did the same to the paparazzi there.

Earlier today, as she was boarding a Spirit Airlines flight out of LAX, her mum got into an argument with another passenger and all hell broke loose.

According to Danielle, the passenger put her hands on her mum’s throat, which is why she had to “cold-clock” her (sigh):

On the last video of Danielle Bregoli we shared, we wondered whether her new-found fame would allow her to turn her life around for the better. Well it doesn’t really look like that’s going to happen. To be fair, it does sound like the other passenger was a bit of a lunatic too, and maybe Danielle was just trying to protect her mum. But still, not a great look starting fights on airplanes, much less with women far older than you.

Anyway, in the end police arrived and took all 3 off the plane. Maybe this tried-and-tested flying technique will lead to better results next time.