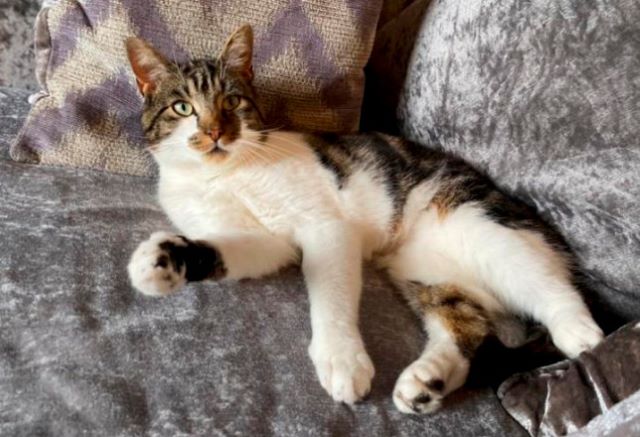 A West Midlands cat named Teddy is really taking the piss with the whole ‘9 lives’ thing – using up at least 3 of them after surviving multiple shooting incidents in the space of 5 months.

Owner Lauren Williams, 27, told the Metro how two-year-old Teddy AKA The Purrminator was first targeted in January this year when he was blasted through the tail.

He was then shot for a second time later that month before being attacked again with gas-powered air weapon on May 5 – an attack that saw him blasted straight through the stomach. Incredibly, the bullet missed all his vital organs.

Teddy was taken to the PDSA pet hospital in Birmingham where he was placed on an IV drip and received treatment for his injuries.

He really is remarkable to have survived and he can’t have many of his nine lives left.

It is frightening to think someone would do that to that animal like Teddy, it’s awful and cruel.

Indeed. You have to think it’s the work of some psychotic teenagers, although who knows these days. Here’s a look at Teddy’s most recent wound: 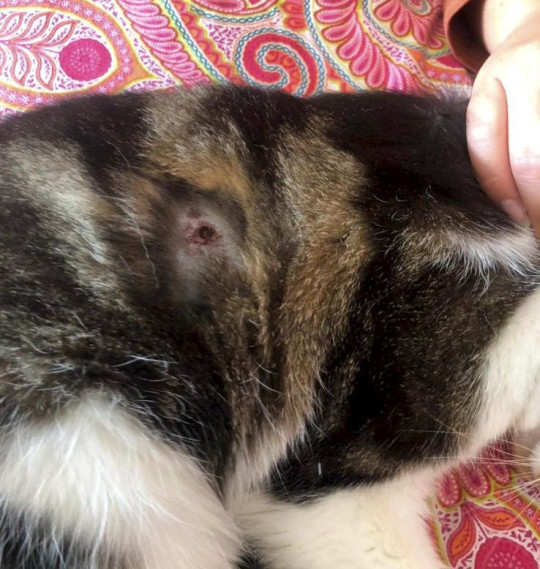 He must’ve been shot nearby to make it back into the garden where I found him.

He couldn’t move and was lying in a puddle of blood, there was a lot of blood. He was crying out to me, it was heart-breaking.

50 Cent – eat your heart out. Yeah OK 50 might’ve been shot 9 times but that was all in one sitting. Teddy here was shot on three separate occasions and survived.

Support worker Lauren also believes the offender must live local, as Teddy has managed to make his way home after each shooting.