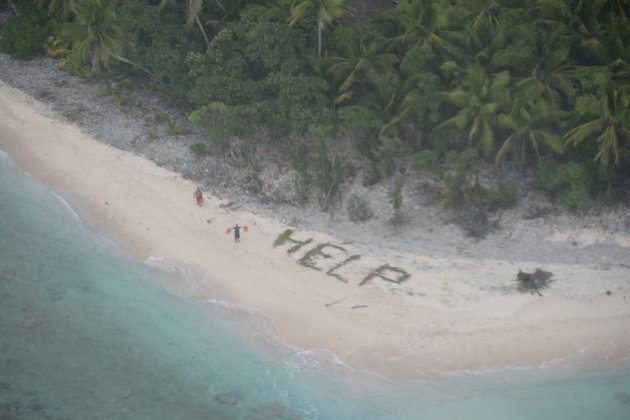 I can’t believe this actually happened in real life.

Three men stranded on a Pacific island have been rescued after pulling out a Gilligan’s Island / Castaway move in real life — spelling out ‘HELP’ on the beach using palm trees.

The three men became stranded on Monday after a wave destroyed their 19-foot skiff, which had set out from the Micronesian island of Pulap.

They then swam to the uninhabited Fanadik Islan, about 2,600 miles southwest of Honolulu.

They were there for three days before a Navy aircrew spotted their large makeshift sign. Here was their location – pretty damn remote: 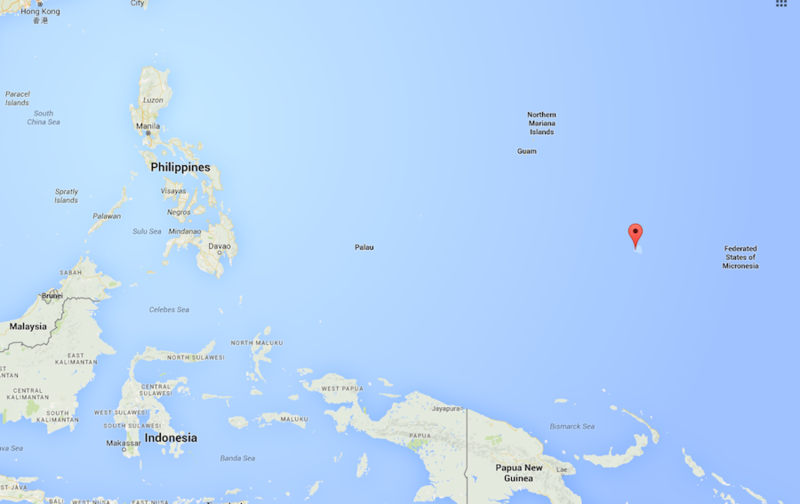 I actually had to double-check this story was real because I can’t believe something like this can actually happen in real life. Who the hell shipwrecks on an island, spells out HELP with palm trees, and then gets saved when a passing helicopter spots their sign? In 2016 no less! It’s so unrealistic it doesn’t even happen in films about getting shipwrecked on islands. Even on LOST they were stuck on the island for years before they got rescued (well except the people who escaped but then had to go back). Crazy that this actually worked in a real life shipwrecked scenario.

To read the story of real-life castaway Salvador Alverenga, who was last year accused of eating his best friend to stay alive, click HERE.