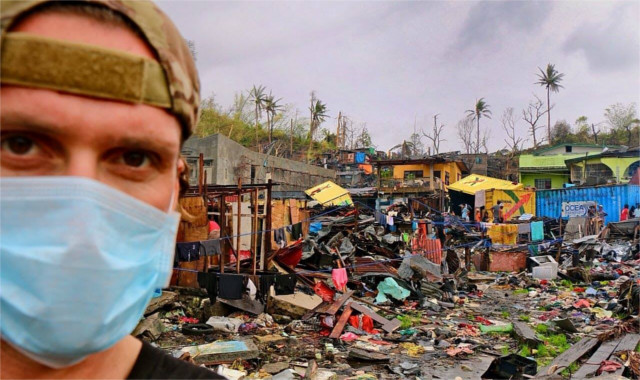 Advertising companies can sometimes get some flack. Sometimes though they redeem themselves. This is one of those times.

When promoting a big film it’s always best to create a viral campaign to help get people interested in the movie. To help create one that will work, the studios set aside a large amount of money to pay for it and hire a popular director. This is something Fox did when making their ad for their new Ben Stiller movie – The Secret Life of Walter Mitty. They decided to go with Casey Neistat, who’s known primarily for his popular YouTube videos.

â˜› Check This Out Next: Movies Without Special Effects

Mr Neistat was asked to make an inspirational video based on the theme of ‘live your dreams’. Instead of using the budget to create something involving Ben Stiller or any of the other actors or actresses involved in the film, he decided the money could be put to better use. He suggested to Fox that he and his friend Oscar Boyson travel to the Philippines and help out those affected by Typhoon Haiyan.

When he arrived in the Philippines he purchased food and aid supplies, also buying two passenger buses to escort the goods to the devastated area. Their journey took multiple days but was worth it in the end as they were able to provide over 10,000 meals, tools to 35 villages and basic medicine to local organizations.

Here’s the video of what he did:

And here is the trailer to The Secret Life Of Walter Smitty: