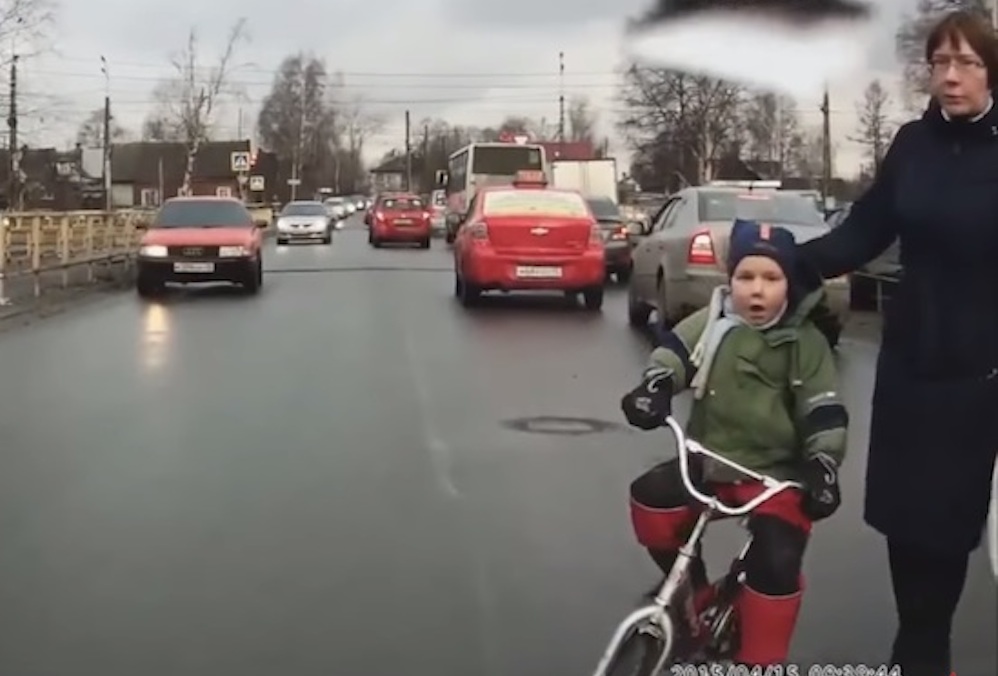 One of the first things you’re taught as a child over here as that when you cross the road you always look both ways to ensure no traffic is coming and you’re not going to get run over.

Unfortunately, the same can’t be said in Russia as it doesn’t look like grown women who are supposed to be protecting their children even know that rule judging by this video. Yeah, some blame can probably be attributed to the Russian drivers in this video as we all know they’re absolutely terrible and unforgiving, but even so some of the footage in this compilation is downright reckless.

There’s parts where prams just roll into the middle of the road, kids fall out of prams as they’re crossing the road and the mothers don’t notice and mothers walking down the wrong side of the motorway into oncoming traffic with prams, even though there’s a perfectly acceptable pavement the other side. I guess that’s Russia.

Sure, a lot of the action does take place on zebra crossings but even then the mothers should be more careful considering they’ve had to grow up witnessing Russian driving which is absolutely crazy and life endangering at the best of times. I guess the only explanation is that these traits are symptomatic of all Russians, regardless of whether you’re just looking after your life or that of your newborn child too.