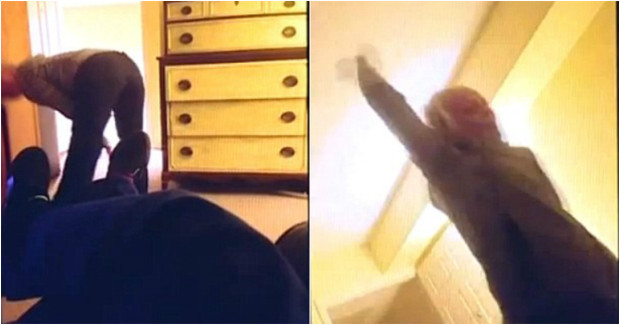 She is so busted.

If I was a 100-year-man and a young woman was performing a lap dance on me, I think I would be absolutely stoked about it and might even be able to manage my final erection – but not everyone seems to see it that way.

That’s because a woman named Brittany Fultz has been charged with gross sexual imposition after performing a lapdance on a 100-year-old man with dementia at the care facility where she works in Ohio. Brittany admits to the lap dance but is claiming that it was just a prank to make the man feel good and that he could have asked her to stop at any time.

Her attorney Geoffrey Oglesby is taking that even further by saying the following:

The man knew exactly what was going on and had no problem whatsoever with it – he positively enjoyed it.

Of course, the man in question has no hope of testifying and probably doesn’t even remember it, so the verdict will rest in the hands of the jury and whether they think Fultz is telling the truth or not. They’ll be shown the full video that you can see clips of above, and although Fultz is definitely acting inappropriately, it seems like the guy is just talking to her and enjoying it too.

No idea how it’s going to pan out. For the record though, Fultz has already been fired from her job at the care centre, as well as the other caretaker who filmed the video, even though she was the one who grassed Fultz up and showed the video to their superior. Doesn’t really look like anything good has come of the incident for Fultz, so let’s hope that at least the 100-year-old man with dementia had a good time.

For more lap dances, check out the saddest lap dance in history. Gotta feel for that guy.