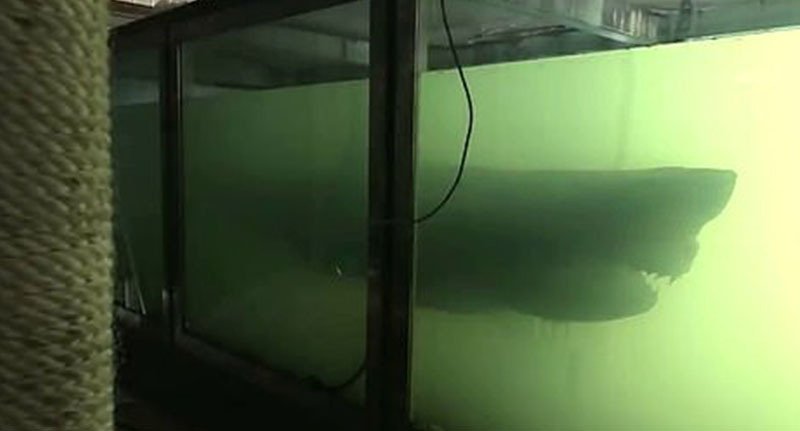 It’s been a hot minute since urban exploring was all the rage – I remember back in 2011 it was all over the place – but every now and again a really sick video like the one below pops up and you remember that crawling around weird abandoned buildings really is one of the coolest things ever.

This video comes from Victoria, Australia where a bunch of explorers decided to break into an old abandoned wildlife park and see what was going on. I doubt they could ever have expected to stumble across the sight that they did though, as they found the carcass of a Great White Shark suspended in a bath of formaldehyde.

I mean if creeping around an old abandoned place that used to be full of life wasn’t nerve wracking enough, imagine coming face to face with that. See the reaction of the gang in the video below, although it is 30 minutes long:

Holy moly. Glad they weren’t messing around in there on their own because they would have freaked the hell out when they saw that huge teethy bastard staring back at them. So goddamned eerie.

Unfortunately, if you were planning on making a pilgrimage to see the shark yourself, then you would be out of luck. Since the video went viral, apparently the roof of the tank has been vandalised and a lot of the preservative chemicals have evaporated into the atmosphere, meaning that the carcass has slowly begun to rot away. Sometimes secrets are meant to be kept.

For more of the same, check out these explorers hearing the voices of dead children when they walked through an abortion clinic. Terrifying.