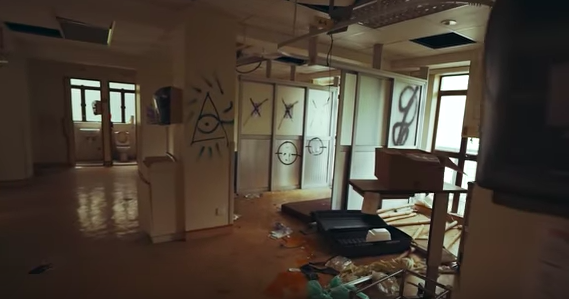 Urban exploring is an awesome new activity that has come to the forefront of popular culture in the past few years thanks to YouTube and other social media platforms. Its unique mixture of creepiness and exploration makes it compelling viewing, and the video below is no exception.

The video features a YouTube channel called Exploring With Josh, which follows Josh and his friends around as they explore abandoned buildings all over the world. In this episode, Josh is in an abandoned abortion clinic over in Hong Kong, where it’s reported that 6000 abortions took place every year until it was closed in 2012.

The video itself is fairly much par for the course for these kind of things, but it takes a more sinister turn when the gang think that they can hear kid voices during their exploration and are unable to find their origin. Check out the full video below:

Geez. That place is creepy as hell and whilst I wouldn’t say I was 100% convinced that they were actually hearing baby/kid noises, it certainly made the video a bit more messed up. I just kinda wish that they had actually found some kind of ghosts (OK that wasn’t going to happen) or a tape recorded somebody had set up to screw with them or something. Just kinda weak they didn’t find anything.

For more urban exploring, check out this terrifying video of a guy walking down an abandoned tunnel. Seriously screwed up.